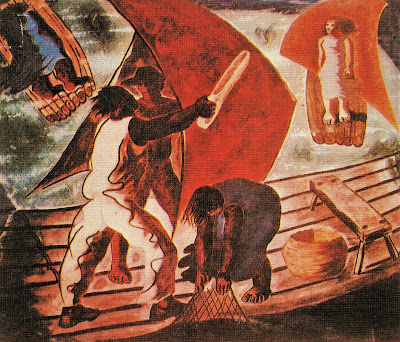 "Art workers can do a great deal to create a better and more just world. This calls for belief in the strength of the people, in the working class and in the future"
- Candido Portinari (1903 - 1962)

Candido Portinari was a Brazilian social realist painter and communist activist. He stood in elections for the Brazilian senate and parliament in 1945 and 1947 for the Communist Party and was forced to flee the country and live in exile for a number of years due to persecution.

In 1957 Brazil presented two magnificent murals he had painted (each of which is 34 by 46 feet in size) -- War and Peace -- to the United Nations that are on display in New York to this day.

Tragically he died at age 58 due to lead poisoning related to his own paints and art.

Below is an outline of his work and life that was published in the Soviet English language magazine Socialism: Theory and Practice in 1985 as well as reproductions of the two murals. 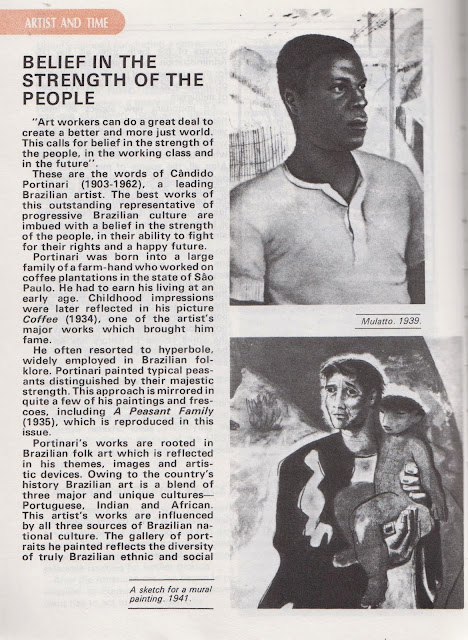 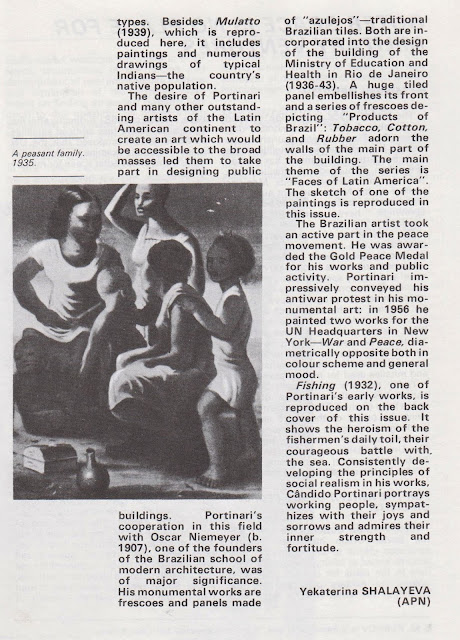 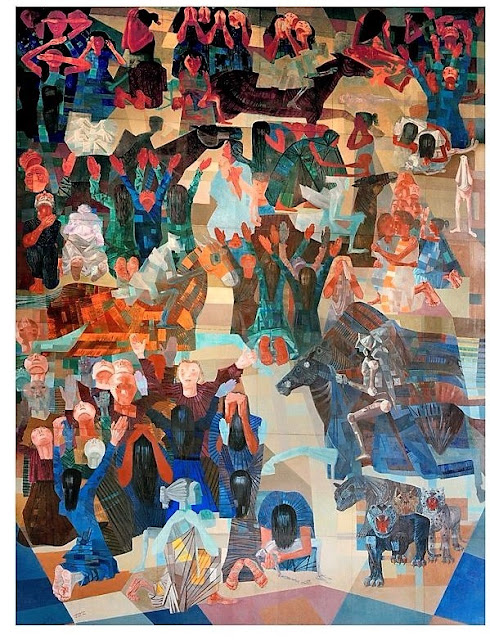