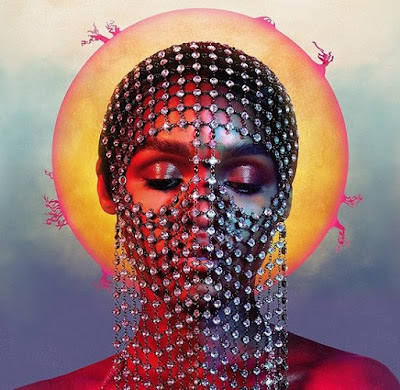 Our annual list of the 20 best songs of the year. From Chvrches to The 1975 to John Prine to Childish Gambino, Brandi Carlile, Kacey Musgraves, Janelle Monáe and so much more...here we go!


Chvrches' album Love is Dead was a pop triumph. And this song, something of a throwback, is a wistful, bittersweet standout.

Off her exceptional album By the Way, I Forgive You -- which got a much deserved but surprise Grammy nomination nod -- this is Carlile at her best.

#19 - Every Time I Hear That Song, Brandi Carlile

What is not to like about this rousing, old school song? Great stuff!

Turn the volume up to 11 on this one and open the windows to bug the neighbours....great straight-up rock song.


Co-written with a veteran of American wars, this powerful country-folk song expresses the mixed and difficult feelings that many have after they come home from years of brutality and violence. While the video debuted at the end of last year, the album and song were officially released in 2018.

"And they thank me for my service and wave their little flags
They genuflect on Sundays and yes, they'd send us back
But I believe in God and country and in the angels up on high
And in heaven shining down on us through bullet holes in the sky"

Written by the exceptionally talented Jason Isbell, this terrific song off the superb soundtrack for A Star is Born is lyrically powerful and shows that Bradley Cooper in an alternate universe is a huge country music star!

This hypnotic song lulls you with its tone, length and mesmerizing repetition...perfect with headphones on repeat...over-and-over....

Off the nearly perfect album Golden Hour -- which also garnered an unexpected and richly deserved Grammy nomination for Album of the Year -- this is one of her very best songs...and not her last entry on this list.

As far as original mainstream movie songs go...they don't get much better than this! A great duet, a terrific, soaring Broadway style feel...a near certain Oscar winner...

A painfully honest, raw, wonderful song. Lindsey Jordan, who is only 19, is going great places...


Dirty Computer is the masterpiece album of 2018...Janelle Monáe has always been incredible, but it is hard to imagine she will top this...here is hoping.

Any number of songs could have made this list, but this one, which is not the last, is an all around standout and embodies the sound and vision of the whole project.

I always had a soft spot for these guys...but this is an almost out-of-nowhere elevation to different level...an intense song that oppressively reminds of the disorientation of our times while providing surprising musical contrasts...a band now to watch...


Her second entry on this year's list...the "You can have your space...cowboy" lyric with the pregnant pause is brilliant.

Dream like, hypnotic, nostalgic, a little piece of anxious genius.

I don't care what anyone says, he was the best host of Q to date....and this is a fantastic song off a fantastic album.


Wanderer is an incredible album and if I did not have a philosophical rule against putting covers on best of lists her cover of Stay would also be here...

This a great song and a great collaboration.

I can listen to this song three times daily and five times on Sunday!

About as good a love song as you will ever hear.

#3 Childish Gambino - This Is America

The legendary John Prine. Back again with this emotionally devastating song about the opioid crisis, love, longing and loss.

If you have not heard this...and it has not gotten much mainstream play...it is stunning.


It is pretty hard to imagine a greater stand alone song this year. With Prince influences, clever lyrical twists, amazing hooks...Monáe strikes in ways both new and familiar.

Posted by Michael Laxer at 4:52 PM