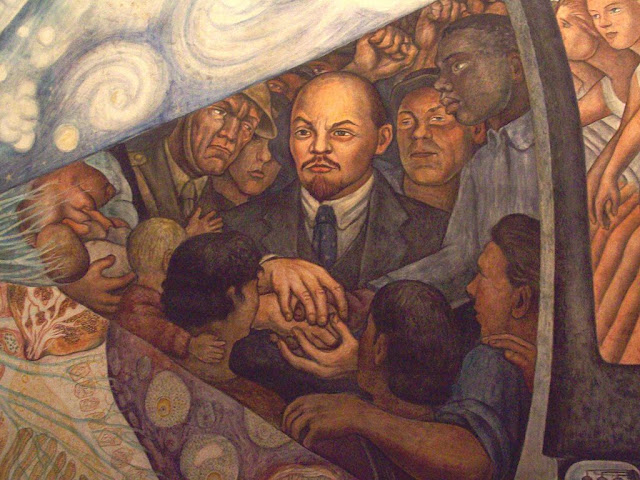 His remarkable murals included famous revolutionary figures such as Marx, Lenin and Trotsky. The inclusion of Lenin in a mural that Rivera had been commissioned for at the Rockefeller Center in New York led to the project's cancellation.

Rivera also portrayed the terrible violence and brutality of colonialism as a theme in his work.

Rivera was married twice to the exceptional artist Frida Kahlo.

Below is an overview of his work that was published in the Soviet English language magazine Socialism: Theory and Practice in 1983. 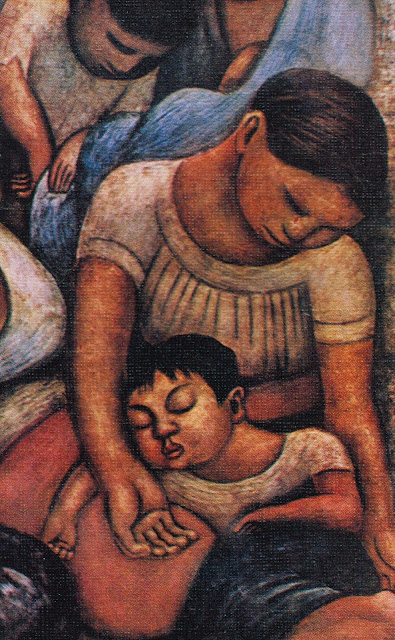 The Night of the Poor (detail) 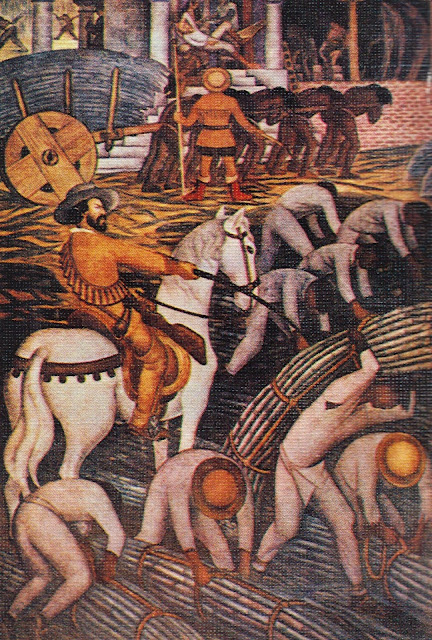 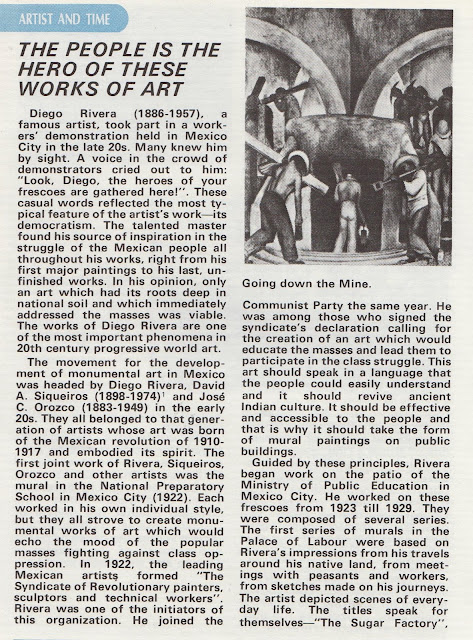 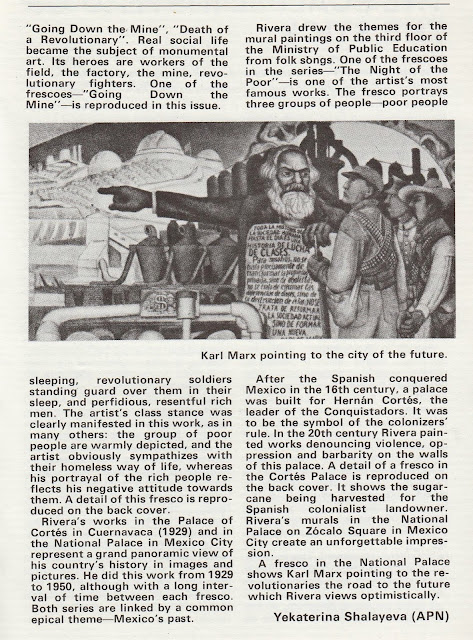 Posted by Michael Laxer at 6:52 AM