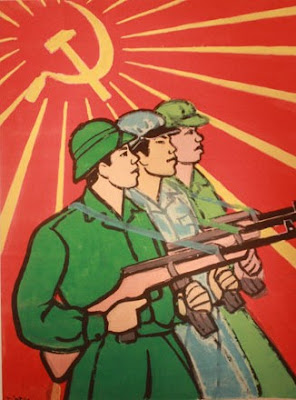 On December 20, 1960 the National Liberation Front of South Vietnam (NLF) was formed to fight for the "national union of the entire population of South Vietnam...with the view of overthrowing the yoke of the U.S. and their lackeys" (from Chronology of the Vietnam War, Democratic Republic of Vietnam Commission for the Investigation of US Imperialists' War Crimes in Vietnam.)

The NLF issued a proclamation that had ten central points including demands for independence, land reform, equality for women and minorities and the reunification of Vietnam. (For the full ten points see scans below.)

Despite the countless war crimes and criminal bombings and invasion by the forces of American imperialism the Vietnamese people would triumph and liberate South Vietnam in 1975. 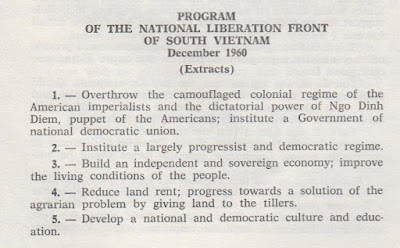 The full program can be found at:
Program of the National Liberation Front of South Viet-Nam 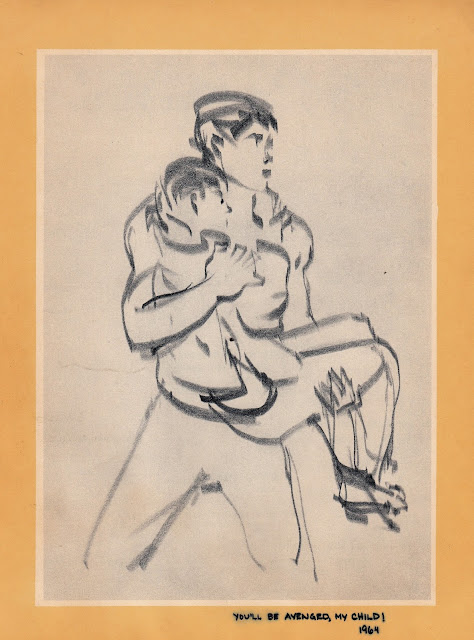 You'll Be Avenged My Child
From: The Art of Resistance: Sketches of the Vietnamese National Liberation Front 1964 - 1966 Part II

Tricontinental Magazine Looks at the Vietnam War, 1972 - Part One "The Call of the Hour"

The Art of Resistance: Sketches of the Vietnamese National Liberation Front 1964 - 1965 Part I

The Art of Resistance: Sketches of the Vietnamese National Liberation Front 1964 - 1966 Part II

Farley Mowat Speaks Out on Canada's Role in Vietnam, 1966

The Land that Was Burning Reconstructs -- Canadian Aid For Vietnam Civilians, 1976

Posted by Michael Laxer at 7:14 AM

Email ThisBlogThis!Share to TwitterShare to FacebookShare to Pinterest
Labels: Vietnam