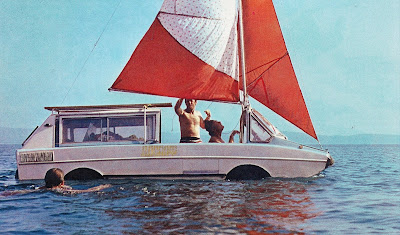 Through the 70s and into the 80s amateur homemade car rallies were held in the USSR in which ordinary citizens built their own vehicles and put them through a variety of endurance and environmental tests. They were sponsored by the Soviet magazine Tekhnika Molodezhi (or Molodyozhi) which translates to Technology for Youth.

These events were very popular and got a lot of media attention. It was thought or hoped that they would also stimulate technological innovation or new ideas in the "mainstream" Soviet car industry, though to what extent this ever happened is not clear. Without any doubt, however, amateur science, radio, etc was a major pastime in the USSR and was facilitated and encouraged from an early age through groups like the Pioneers.

Here we look at an article about the car rallies from June, 1983 that includes some pretty wild car designs. The amphibious car with a sail -- designed by Igor Rikman -- is, in my opinion, especially out there. The blurb with the photo said that "professional car designers" felt it had a great future, though from a mass production viewpoint this seems unlikely. Still, I would really love to take a ride in it! 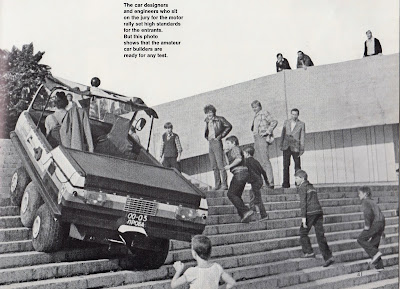 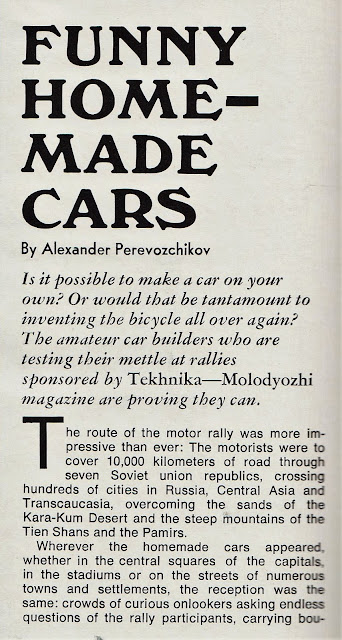 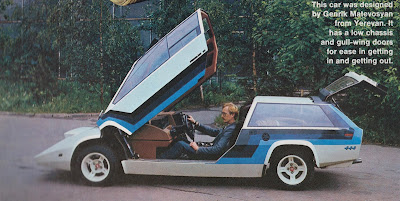 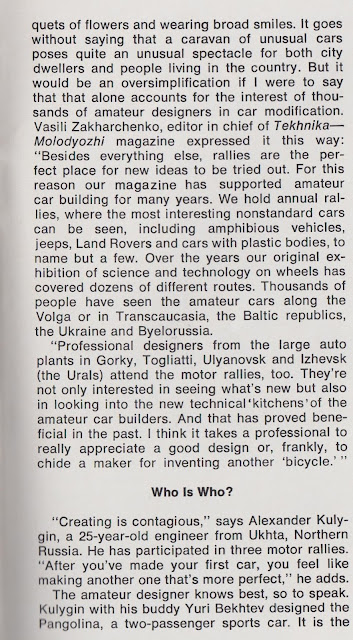 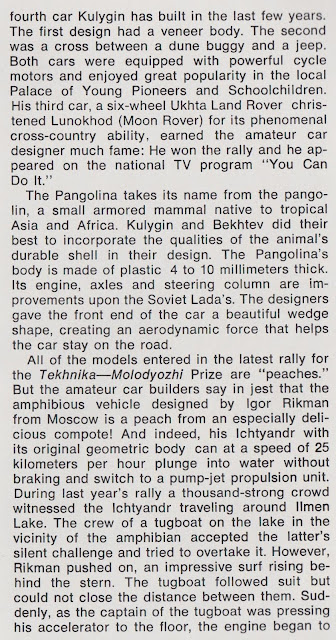 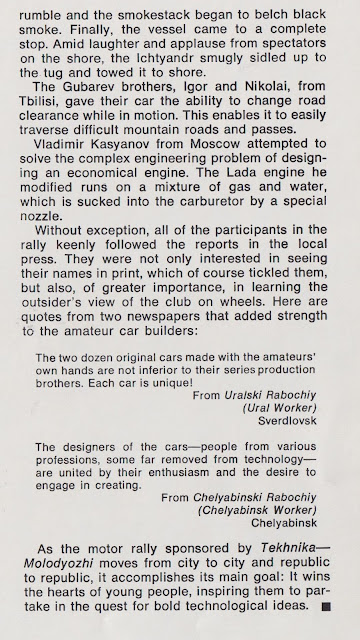 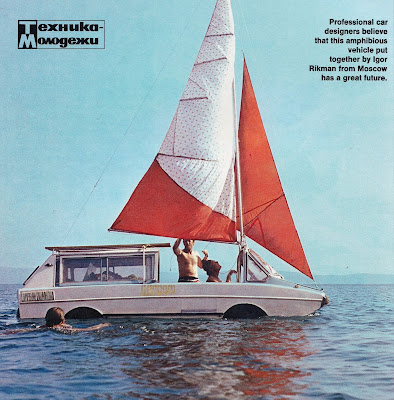 See also: Trams and buses in the USSR -- A look at public transit in the Soviet Union, 1976
Posted by Michael Laxer at 4:07 PM