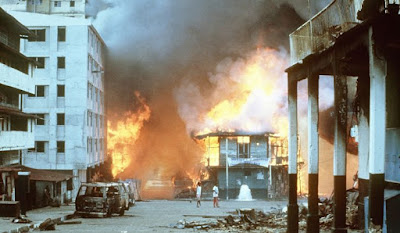 Sex work isn't just labor. Sex work is making the female body into a product. This is not something that should be accepted by any workers' vanguard and certainly not something that should be condoned after a socialist revolution. In addition, there is no way to make such an industry publicly owned, unless you think it acceptable for a workers' state to double as a publicly-funded pimp.

Yet when I criticize the industry for being inseparable in its relation to capitalism, if I call for sex work abolition: suddenly it's the sex worker I hate, not their material conditions!

It's time to end this asinine notion, propped up by liberal "sex positivity", that the critical analysis of sex work is equivalent to hatred of sex workers, and instead of a hatred of the things that make it possible to exist as an industry: men who purchase women as commodities, pimps, and most importantly, the inequality created by capitalism, which leads women into such professions.

2) Trump Administration’s Strategy on Climate: Try to Bury Its Own Scientific Report

The Trump White House, which has defined itself by a willingness to dismiss scientific findings and propose its own facts, on Friday issued a scientific report that directly contradicts its own climate-change policies.

Fidel led a revolutionary life, two years on from his passing we remember it's highlights.

(Related: Fidel Castro: In Memoriam on the 2nd anniversary of his death)

Donald Trump has threatened to close the US border with Mexico “permanently”.

Oxfam, Save the Children, and other groups warn 14 million people are at risk of starvation if conflict continues.

5) 'They are not closing our damn plant': Union vows fight as GM plans Oshawa closing

The union representing thousands of autoworkers is vowing to fight back against the General Motors plan to close an Oshawa, Ont., plant in 2019 as part of a global restructuring.

6) We’ve made an all-woman photography issue. This is why.

The seeds of revolution are spreading through documentary photography. A diverse band of image-makers has begun to disrupt narratives that misrepresent and disempower, exposing the flaws of a medium where ‘truth’ is more subjective than it seems.

7) The women killed on one day around the world

An average of 137 women across the world are killed by a partner or family member every day, according to new data released by the United Nations Office on Drugs and Crime (UNODC).

Canada Post employees in London took over a postal facility, and picketed outside seven others, to protest the federal government’s decision to table back-to-work legislation that would end nationwide rotating mail strikes.

9) The Government Stripped Postal Workers of Their Constitutional Rights. Now Protests Are Breaking Out Across Canada.

Canada’s postal workers are dialing up the pressure after the Liberal government in Ottawa passed back-to-work legislation widely seen as unconstitutional.

Harvey Milk was assassinated 40 years ago. Milk was an American politician, gay rights activist and community leader, who sought equality and recognition of the rights of homosexuals in the United States. Milk became the first openly gay individual elected to public office in the state of California in 1977, where he was elected to the San Francisco Board of Supervisors. He believed that no one could defend his rights if he kept his truth hidden. 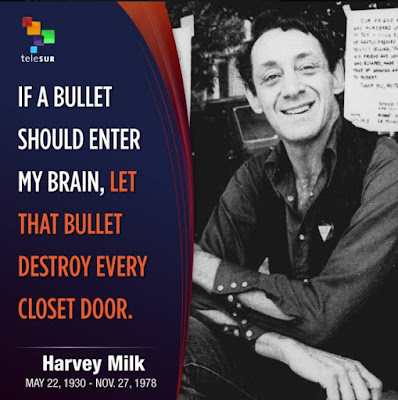 In this month's midterm elections, Colorado elected the nation's first openly gay governor. Voters across the country sent a record number of LGBT candidates to Congress. These victories come 40 years after the assassination of the first openly gay elected official in California — Harvey Milk.

The final Senate race of 2018 was expected to be a sleepy affair — a formality, really, with a special election runoff in deep red Mississippi. Instead, the race has been upended in the final days thanks to multiple stumbles by the GOP nominee that have dredged up the state's history of racial violence.


November 27th marks a dark day in the history of the Battlefords. It is the anniversary of the executions which took place at Battleford in 1885, which were also the largest mass execution in Canadian history.

ANGELA NAGLE’S “The Left Case Against Open Borders” is not a perspective from the “left,” and it isn’t a new argument.

13) There Is No Left Case for Nationalism

Nagle accuses leftists of shooting themselves in the foot. But it’s hard not to think that it’s arguments like hers that damage the left by legitimizing the idea that someone arbitrarily born on the wrong side of a line is less deserving of a good life. It’s true that your instincts might be to save the drowning child at your feet, not the one you can’t see—but the point of a left ethics is to bridge that gap, not widen it. The willingness of the left to play by the far right’s rules and according to their narrative is part of what got us into this mess. We may be howling at one another not to normalize Trump’s absurd theatrics, but the normalization we really should be worried about is what happens as a result of them.

A prominent anti-poverty activist, who authored several books on the Great Depression, the Second Word War and postwar austerity, has died in an eastern Ontario hospital.

15) They’re Refugees, Fleeing Gang Violence and Domestic Abuse. Why Won’t the Trump Administration Let Them In?

How one immigration case has led to a major impact on asylum claims.

16) HER TODDLER DIED AFTER GETTING SICK IN ICE CUSTODY. NOW SHE’S SUING FOR $60 MILLION.

A mother whose toddler died weeks after becoming ill in ICE custody has filed a $60 million wrongful death claim against the U.S. government.

General Motors announcement that it will close the Oshawa car plant is a declaration of war on Canadian autoworkers and on automobile manufacturing in Canada.  The Big Three automakers will use the new NAFTA 2.0 agreement to shift their plants south to Mexico where wages are $4 an hour or less – a fraction of what workers in Canada are paid.  This is what GM is doing with its Oshawa plant, despite the fact that this plant has won international awards for its quality and productivity repeatedly.

18) Redskins ignore Colin Kaepernick, sign Reuben Foster and remind us of who they are

The circumstances surrounding Reuben Foster and Colin Kaepernick have basically zero similarities, except that one is employed and the other is not, and the franchise that decided to immediately snap up an accused domestic abuser before the ink was dry on his booking sheet also hired Mark Sanchez — who is basically a walking punchline as a quarterback — while sneering in Kaepernick’s general direction.

Migration naturally flows to the core of empire because the periphery is chronically looted and destabilized. 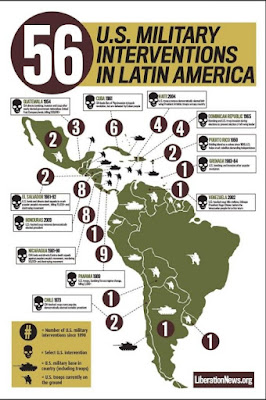 19) Who says decriminalised red-light districts are safer for women?

A kerb-crawler attempting to pay a woman £10 to hand over her baby shows the Leeds ‘managed prostitution zone’ is a failed experiment.

21) IF OTHER CANADIANS DON’T THINK ALBERTA SHOULD GO SUCK A LEMON, THEY PROBABLY SOON WILL

22) All the ways that Canadian journalists serve the ruling class

In late October, fascist Jair Bolsonaro was elected as president of Brazil. Many news outlets around the world had worked hard to document the litany of racist, homophobic, sexist and ecocidal statements the former army captain had made.

Red flags cross India as labor unions and the Communist Party join forces for a mass march on Dehli, to alleviate the desperate situation facing farmers.

Thousands of farmers are marching from cities and villages in West Bengal towards the capital city Kolkata demanding their right to cultivable land.

Police-reported hate crimes in Canada saw a drastic increase in 2017, up 47 percent from the previous year, according to the latest numbers from the government statisticians — the highest it’s ever been since the data first became available in 2009.

The firing of the cable news contributing analyst called "a major defeat for the right to advocate for Palestinian rights, to freely critique the Israeli government, and for the ability of journalism and public discourse in the U.S. generally to accommodate dissent."

26) 30,000 empty homes and nowhere to live: inside Dublin’s housing crisis

Dublin’s landlords would rather put their properties on Airbnb than rent to local families. There are echoes in cities around the world.

The people of El Paso, Texas, are resilient. Living in the middle of the harsh Chihuahuan Desert, the city has no other choice. On average, 15 days every year spike over 100 degrees Fahrenheit. The city gets little relief with annual rainfall of just about 9 inches. It's one of the hottest cities in the country.

Seven men have been found guilty of the murder of the Honduran indigenous environmentalist Berta Isabel Cáceres. An eighth defendant, Emerson Duarte Meza, was cleared and freed on Thursday.

29) Spain Wants to Ban Cars in Dozens of Cities, and the Public’s on Board

As Madrid bans cars in the city center, the national government plans to do the same in more than 100 other places. A new survey suggests broad support across the country.

Social media users point out aspects of the 41st president's legacy that aren't making it into corporate media coverage.


It is also now possible to support the work The Left Chapter does via Patreon. We appreciate any level of contribution. It will help us to continue to provide our ad-free, subscription free content.

Become a Patron!
Posted by Michael Laxer at 11:06 AM