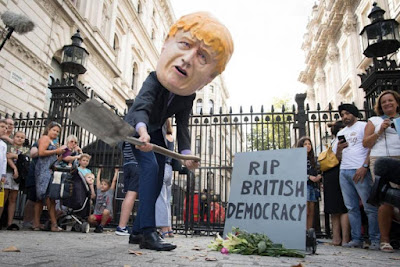 In a six-month trial, the provincial NDP government will have to fight against the treaty rights of Indigenous peoples whose traditional territory and burial grounds will be destroyed by a hydro project — one that now could be cancelled at the eleventh hour.

3) Public Transport Can Be Free

If we are to believe transport experts and practitioners, abolishing fares for all passengers is the last thing public transport operators should be doing. For Alan Flausch, an ex-CEO of the Brussels public transport authority and current Secretary General of International Association of Public Transport, “in terms of mobility, free public transport is absurd.”

The leaders of Italy's centre-left Democratic Party (PD) and populist Five Star Movement have agreed to form a coalition government.

6) The Misogyny of Climate Deniers

Why do right-wing men hate Greta Thunberg and Alexandria Ocasio-Cortez so much? Researchers have some troubling answers to that question.

In a blow to Colombia’s peace process, a minority of senior leaders of the FARC have announced that they are splitting from the main organization and will be taking up arms again. The FARC have officially condemned the split, defending the principles of the 2016 peace agreements.

Dozens of social movements and trade unions mobilized more than 250,000 people across  Argentina, striking Wednesday under the "emergency to confront hunger" slogan. The protesters marched to demand the implementation of a food emergency bill, an extension of the social emergency bill, and an increase in the complementary social wage, among other basic social demands.

9) The devastation of Manitoba: An autopsy of Pallister’s austerity regime

This article serves as a repository of many of these changes, roughly subdivided by issue. Following the priorities of the government, much of the focus will be on the impacts to healthcare. As many Dimension readers are aware, the litany of cuts to public funding initiated by the Pallister government will be felt for many years to come. This article, exclusive to CD, is the first attempt to analyze the full breadth of the Conservatives’ austerity regime in the province.

10) FROM PHILADELPHIA TO OREGON, THE INSURGENCY IS MAKING WAVES IN MUNICIPAL ELECTIONS

ON MONDAY, PHILADELPHIA City Council Member Helen Gym, a Democrat, endorsed Kendra Brooks, who is backed by the progressive Working Families Party in her campaign for City Council. The local Democratic Party was incensed by the endorsement, which Bob Brady, chair of the Democratic City Committee, said was “stupid,” reasoning that it would hurt Democrats by taking votes away from their slate of candidates.

Shouts of "GCM, shame on you, Gary Lye [Chief Officer], shame on you" rang out around the square outside the London Stock Exchange on 22 August.

EARLIER THIS SUMMER, environmental activists in Ohio were alarmed by the passage of a mysterious state budget amendment that would close a new avenue for residents to sue polluters. The provision invalidated a landmark anti-pollution initiative passed by Toledo voters just a few months before. Now, emails obtained in a public records request reveal that the Ohio Chamber of Commerce secured the cooperation of a key Republican lawmaker in a successful effort to slip the amendment into an appropriations bill at the eleventh hour.

Peoples Assemblies that by their very nature challenge some of the worst aspects of U.S. colonialism are flourishing on the island and among the Puerto Rican diaspora on the U.S. mainland. Puerto Ricans from every walk of life on the island and on the U.S. mainland are involved in an unprecedented mobilization to create the conditions that will never allow political corruption, whether it comes from a president like Trump or from criminally negligent leaders on their island, to hamper their ability to handle what nature throws at them. They are winning support for their quest from the labor movement and many of its allies.

Thousands of workers from 50 factories demonstrated in the morning of 29 August, demanding that the newly revised law on settlement of labour disputes be implemented.

15) German Neo-Nazis Are Doxxing Journalists on 'Enemy' Lists: 'We Will Get You All'

Journalists who appear on the lists say police aren't taking the threats against them seriously enough.

16) Abrogation of Article 370: Tyranny of the majority, says Yechury

On August 7, five Left parties took out a joint protest to Parliament House in defence of Article 370. In an interview to Frontline, Communist Party of India (Marxist) general secretary Sitaram Yechury spoke about the manner in which the Indian Constitution was subverted and democracy and federalism were undermined.

17) Celebrating 100: The Communist Party USA and the new era of socialism

The 2007 global financial crisis and the Great Recession decimated families and communities, exposing the greed, ugliness, and brutality of the capitalist system. In the economic earthquake and political aftershocks that followed, some responded with cynicism and despair, and many turned to the extreme right.

Valdimar Gray was delivering packages for Amazon at the height of the pre-Christmas rush when his three-ton van barreled into an 84-year-old grandmother, crushing her diaphragm, shattering several ribs, and fracturing her skull.

19) The White People’s Party of Canada

The People’s Party of Canada (PPC) is a White Nationalist political party. Maxime Bernier cannot deny being a white nationalist. There is conclusive proof! 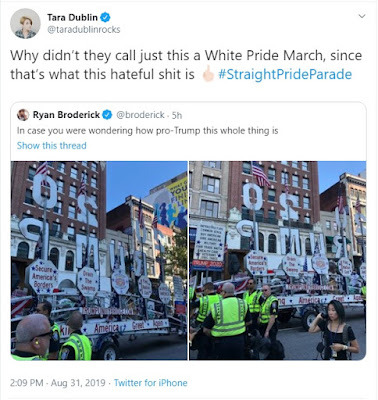 20) In Secretive Court Hearing, NYPD Cops Who Raped Brooklyn Teen in Custody Get No Jail Time

THE YOUNG WOMAN who goes by Anna Chambers on social media had just a few short words for the public on Thursday evening. “Fuck the criminal justice system,” she tweeted. Earlier that day, through a call from her lawyer, Chambers learned that the two former New York Police Department officers who had raped her while on duty would serve no jail time.

Demonstrations against the far-right President Jair Bolsonaro and in defense of the Amazon rainforests lasted until late Friday night in Sao Paulo, Rio de Janeiro and dozens of cities throughout Brazil. The Brazilian security forces did not even try to prevent the mobilization of thousands who took to the streets.

Rio de Janeiro’s population watched in shock on August 20 as the state’s governor, Wilson Witzel celebrated the shooting by a sniper of a 20-year-old Black man who held 37 people hostage on a bus. The perpetrator had mental health problems, had never been in trouble with the police and had a plastic gun. 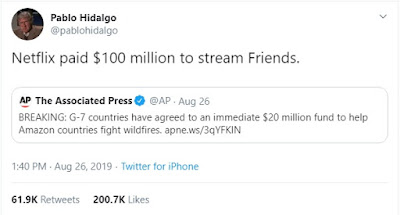 23) The biggest attack on democracy since before universal suffrage

The Government’s attempt to suspend parliament for six weeks represents the biggest attack on democracy since before universal suffrage was won in 1928.

Predictable but terrible news about Johnson proroguing Parliament. As I wrote in my briefing the last person who did this lost his head. That was back in the 1640s. This move is almost unprecedented, especially from a minority government with a prime minister who has not put himself to the electorate.

With only a few hours’ notice, thousands of people filled London’s Parliament Square on August 28 to protest against British Prime Minister Boris Johnson’s plan to shut down parliament for several weeks ahead of the Brexit deadline on October 31. 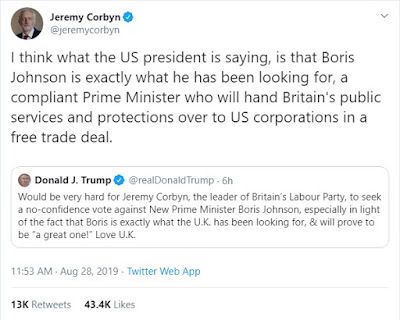 26) If There’s Such a Thing as a Murderous Culture, Then It Exists in Israel

This is what the editor of Haaretz’s Culture and Literature supplement, Benny Ziffer, wrote on his Facebook page upon returning from paying a condolence call in the settlement of Ofra: “En route I looked at the Palestinian villages alongside the Jewish communities, and I thought of how for the Palestinians murder is a type of sport or enjoyment, perhaps a substitute for erotica. From that perspective we will never have anything culturally in common with them.”

27) When Ilhan Omar Is Accused of Anti-Semitism, It’s News. When a Republican Smears Muslims, There’s Silence.

As I pointed out last week, anti-Muslim bigotry has been normalized in liberal and Democratic Party circles. Meanwhile, anti-Semitism has been weaponized by Republicans eager to smear their Democratic opponents (while simultaneously turning a blind eye to the anti-Semites and white nationalists in their own ranks).