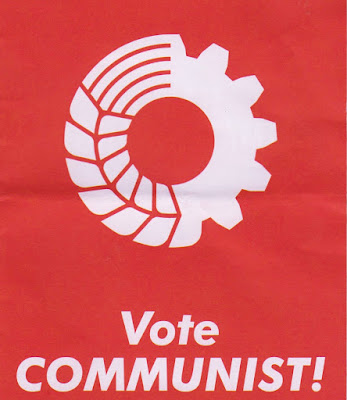 Recently we looked at the launch of the Communist Party's federal election campaign in Toronto this past Saturday.

Since the event was held the party has released its main election leaflet that outlines their comprehensive platform for a People's Agenda.

With headings such as "Halt Climate Change". "Expand Universal Social Programs - End Poverty" and "Tax the Greedy, Not the Needy", among others, the Communists are running on a genuinely transformative, anti-capitalist vision for the creation of a green economy and a socialist Canada.

Here is the leaflet in full. See the end of the post for links to all of the candidates the party has across the country as well as to their online resources. 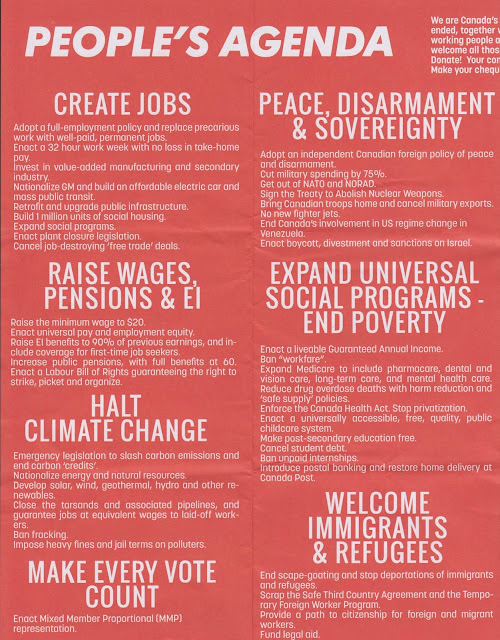 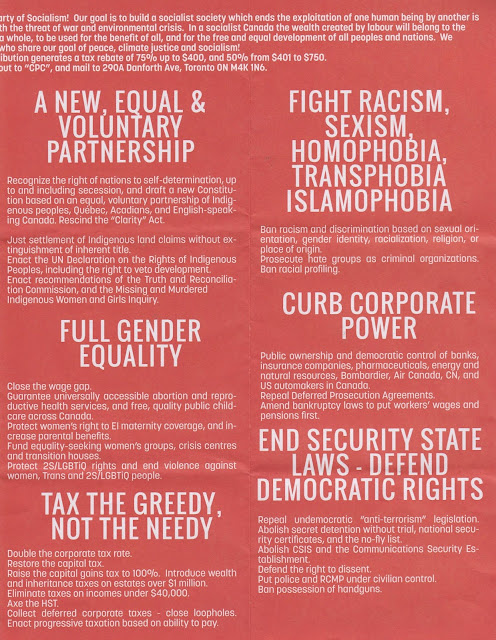 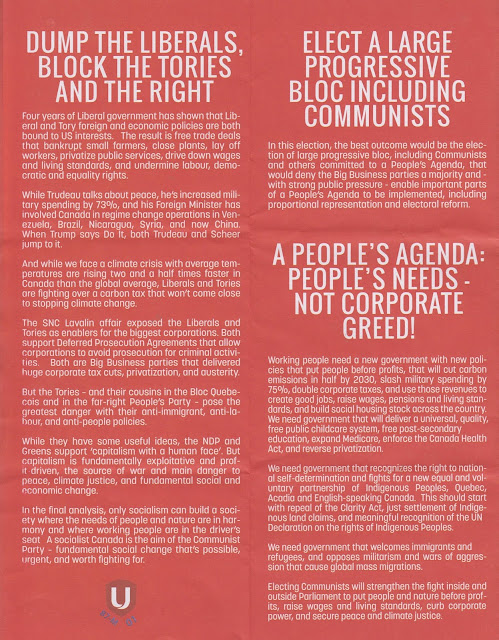 Listed above are the five Toronto area Communist candidates. For the full list of the 31 candidates running across the country click here.

To read the platform online, click here.
Posted by Michael Laxer at 4:15 PM