Song of the Estevan Miners

In a little mining village
Scarcely noticed on the map
Bourgeois guns were turned on toilers
and their life's blood there did sap.

No-one dreamed of such a slaughter
In the Town of Estevan,
That armed thugs with guns and bullets
Would shoot men with empty hands.

Three more martyrs for the miners,
Three more murders for the boss --
Brutal laws to crush the workers
Who dare fight in freedom's cause.

As these miners lay a-dying
In their agony and pain,
Murmured, "Though we die for freedom,
Yet we do not die in vain".

"For the working class will triumph
If united they will stand,
They will win the world for labor
And the workers rule the land".

On September 29, 1931 the RCMP opened fire on a crowd of miners who were marching in the town of Estevan, Saskatchewan. They murdered three of them and wounded many more.

Despite these killings it was union activists like Communist leader Annie Buller who were charged in the aftermath of the massacre. Buller was eventually sentenced to a year in jail for having given a speech to the miners prior to the slaughter.

The song above was written in honour of Nick Nervan, Julian Hryshko and Peter Markunt who sacrificed their lives that day.

Below is Annie Buller's short account of the strike, massacre and aftermath written in 1949. 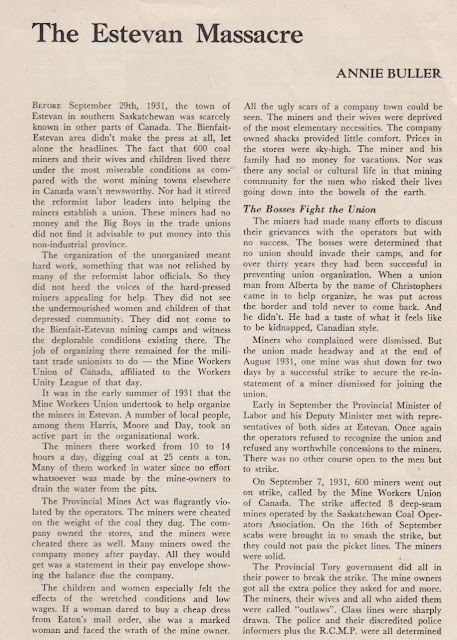 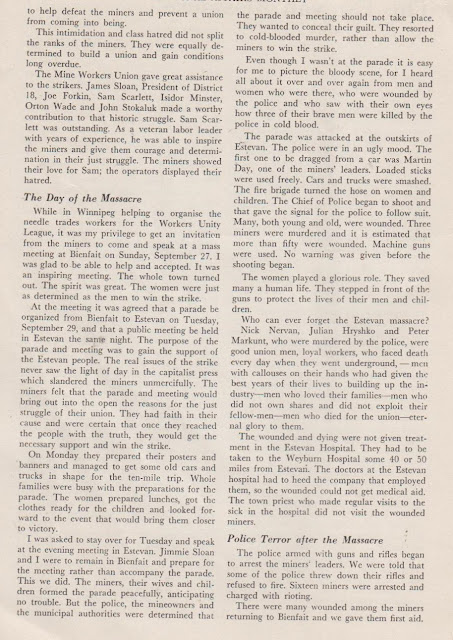 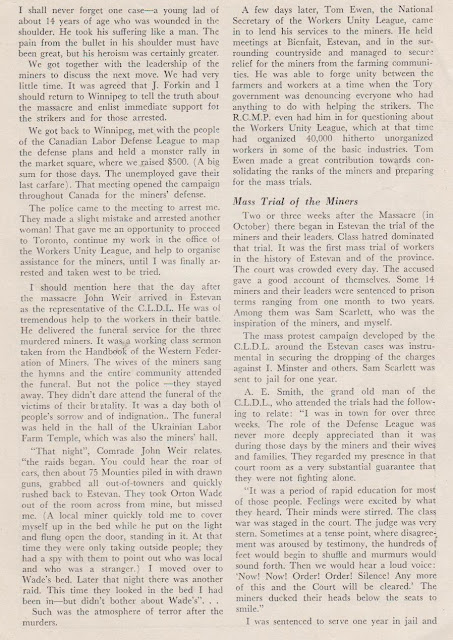 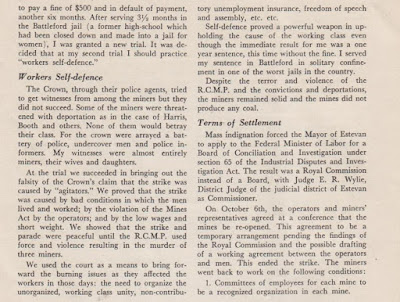 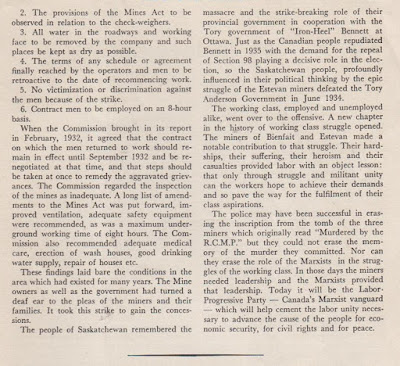