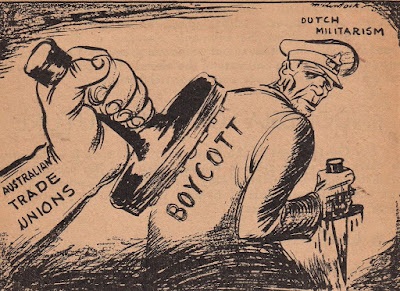 Australian Trade Union Boycott of the Dutch on Behalf of Indonesian Independence
Cartoon, 1947

Between 1945 and 1949 Australian trade unions, beginning with the Waterside Workers Federation, enforced a boycott of all Dutch vessels by refusing to service or work on them in support of Indonesian independence.

This campaign of working class internationalist solidarity was only lifted when the Dutch recognized Indonesian independence in 1949.

An appeal to Australians to support the Indonesians in their fight for freedom from colonialism and the brutality of the Dutch occupation can be read below:


(The Daily LIFT - Leftist Image for Today - is a new The Left Chapter feature posting a daily photo, cartoon, artwork or other image related to leftist history or contemporary realty.) 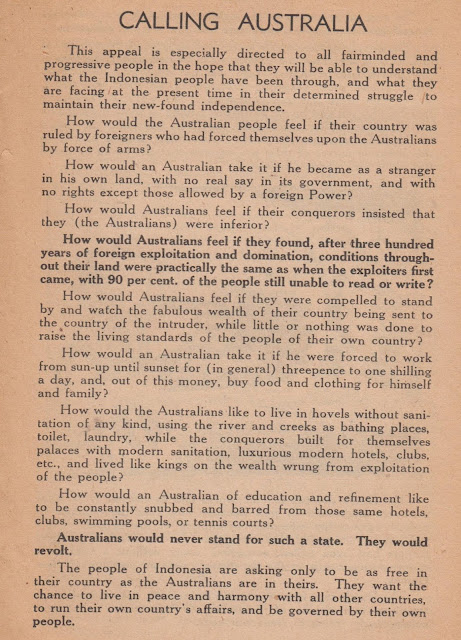 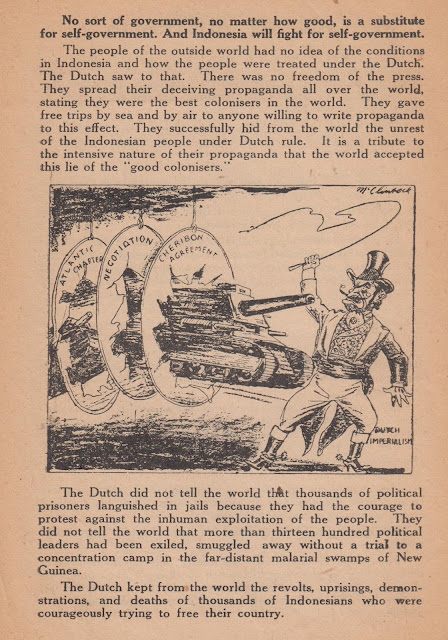 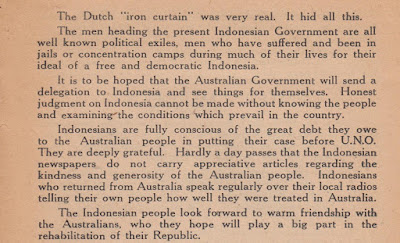 Posted by Michael Laxer at 3:35 PM