Sometimes when flipping through a cookbook, interesting or otherwise, you will find little clipouts of recipes from magazines or newspapers that a previous owner had put between the pages for safekeeping.

This happened to me recently when a set of sandwich recipes from the Toronto Star fell out as I looked through one of the Simply Delicious cookbook series from the early 1990s. Based on dates from some other clipouts with it, these appear to be from 1991.

Each one is from a restaurant or caterer in Toronto at the time and two immediately stood out to me as ones that I wanted to do myself: Bar Italia's Panino Terracina with prosciutto, bocconcini, red peppers and arugula and The Warehouse Grill's Tuna Sandwich with mayonnaise, Dijon mustard, capers and red onion.

So in this special Vintage Cookbook TBT post I am making both with photos and, in each case, at least one modification. I am also including the two other recipes -- All The Best Fine Foods' Muffuletta and Dawn Adrienne Berney's Black Bean Quesadillas -- both of which look excellent.

There was a clipout of melon recipes and for a lentil soup that I plan to feature in future posts.

The Warehouse Grill was located in the Liberty Village west end neighbourhood and Bar Italia was a Little Italy institution for many years. Both are now closed. 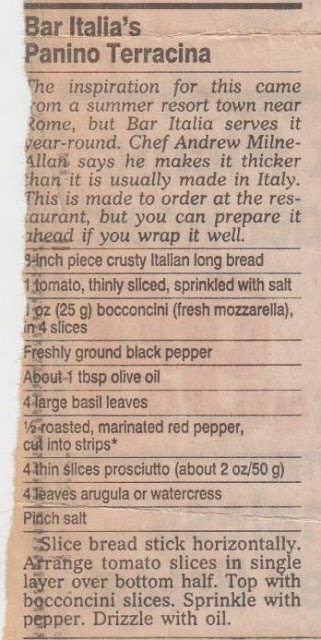 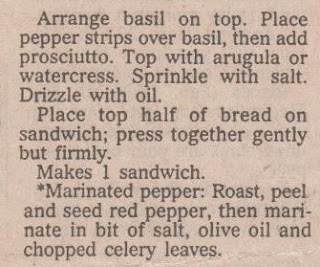 This marvelous Italian sandwich I made almost exactly as outlined above with all the layers and ingredients. 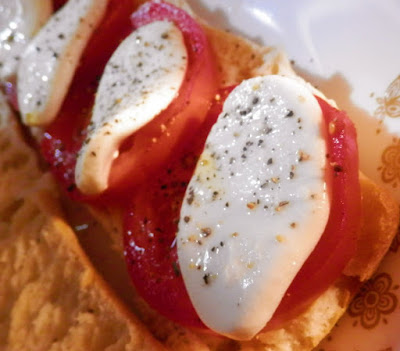 The only difference is that I am not a fan of the very 90s roasted and marinaded red peppers so I used thin sliced fresh ones instead. 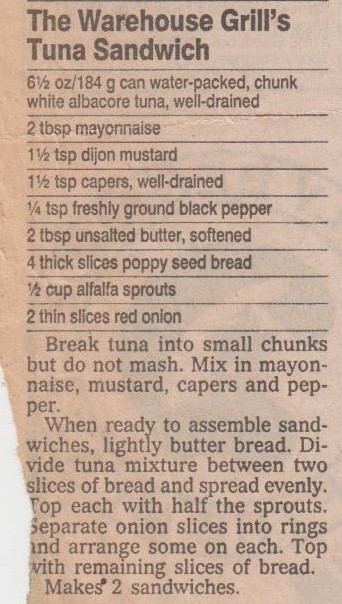 This terrific tuna sandwich is light on mayo and heavy on flavour. The light buttering of the bread is essential to avoid it being just a little too dry. I used some toasted poppy seed rye which I prefer to poppy seed bread.

I also totally dispensed with the alfalfa sprouts, a sandwich trend that has happily largely died out in the last 30 years. Instead I put about a half cup of fresh chopped leaf parsley into the tuna mix itself. I also doubled all the contents as I was making more that 2 sandwiches. 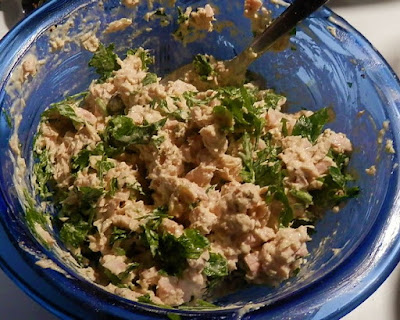 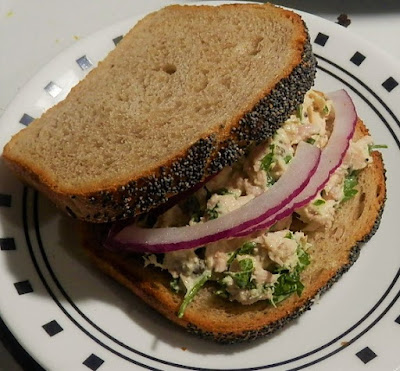 This tuna blend also, I might note, tasted better the next day.

And here are all the recipes: 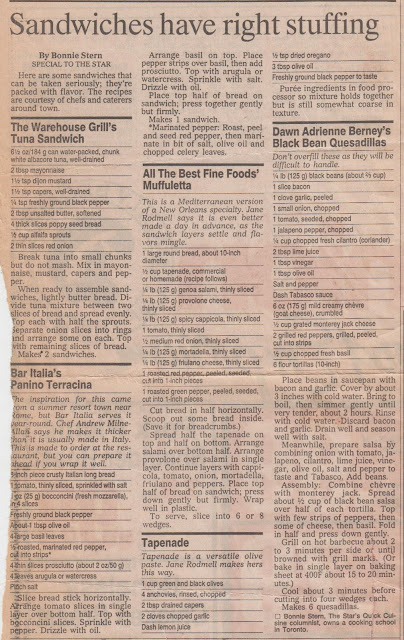 Posted by Michael Laxer at 4:35 PM