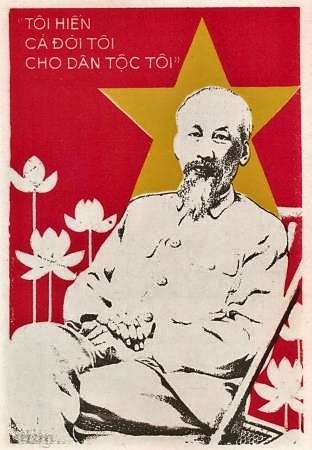 The war of resistance against U.S. aggression may drag on. Our people may have to face new sacrifices of life and property. Whatever happens, we must keep firm our resolve to fight the U.S. aggressors till total victory.

The American invaders defeated, we will rebuild our land ten times more beautiful.

No matter what difficulties and hardships lie ahead, our people are sure of total victory. The U.S. imperialists will certainly have to quit. Our Homeland will certainly be reunified. Our fellow-countrymen in the South and in the North will certainly be re-united under the same roof. We, a small nation, will have earned the signal honor of defeating, through heroic struggle, two big imperialisms - the French and the American, and of making a worthy contribution to the world national liberation movement...

...All my life, I have served the Homeland, the revolution and the people with all my heart and strength. If I should now depart from this world, I would have nothing to regret, except not being able to serve longer and more. - Ho Chi Minh from his Testament, 1969
Posted by Michael Laxer at 7:52 AM