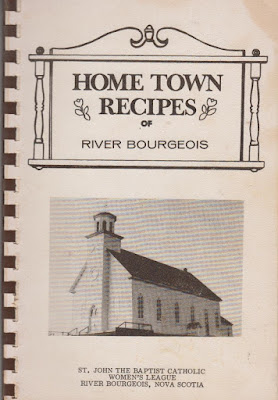 Last week we looked at a terrific cookbook dedicated to the culinary traditions of Cape Breton, Nova Scotia in our post "From the Highlands and the Sea w. Cape Breton Casserole, Hogmanay Rich Biscuits, Aspy Bay Fried Smelts & more -- Vintage Cookbook TBT". This week we are featuring a church/community style cookbook from the Cape Breton town of River Bourgeois.

River Bourgeois is a picturesque little town on the south shore of the island. You can see some pictures of it and learn about the community from its website. As Wikipedia notes "Despite the name, there is an excellent harbour but no river."

I love this type of community cookbook -- we have looked at a number of them before -- which are generally published by a school, church or community group and consist of recipes submitted by people in the town and have ads from local businesses. Usually they are meant as a way to raise money. This one was put out by the St. John the Baptist Catholic Church's Women's League and appears to have been released in 1979.

As is always the case the recipes vary widely in their quality, but there is a lot of classic fare like Swiss Steak, cookies, casseroles, etc.

Here we have included a number from each of the various sections. We have also included some of the ads which are interesting in their own right.

As the books frequently did they provided blank pages for the owner's own recipes and we found one they called Yum - Yum Cake that they had penned in. We have, of course, included it along with a recipe for All Bran Muffins on a small piece of paper that was inserted in-between some pages. 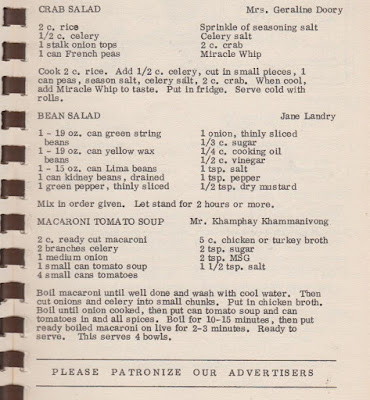 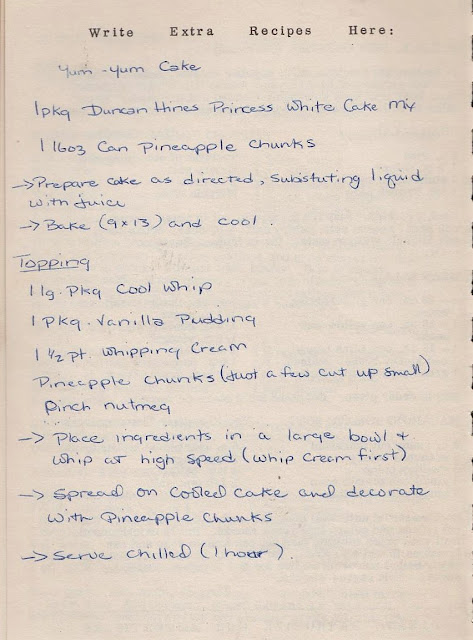 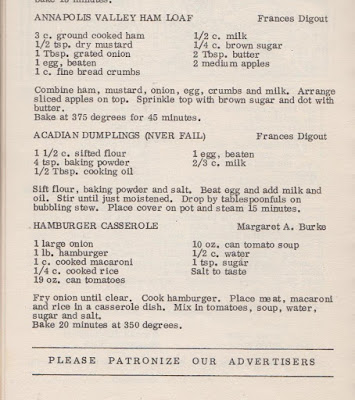 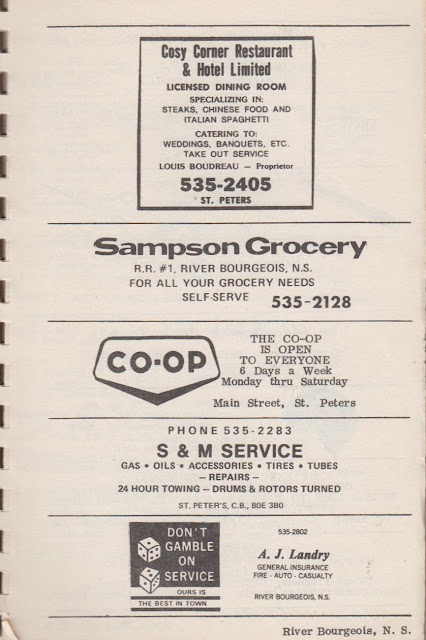 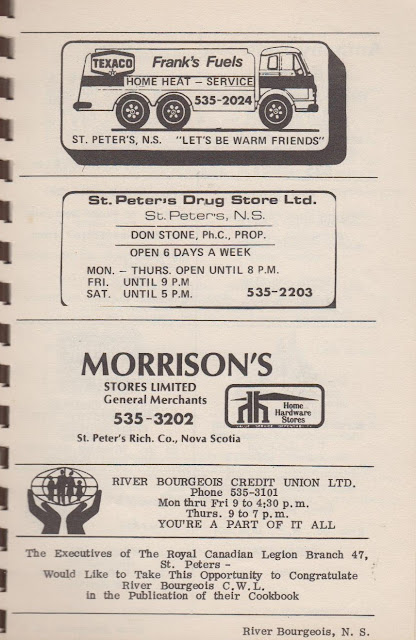 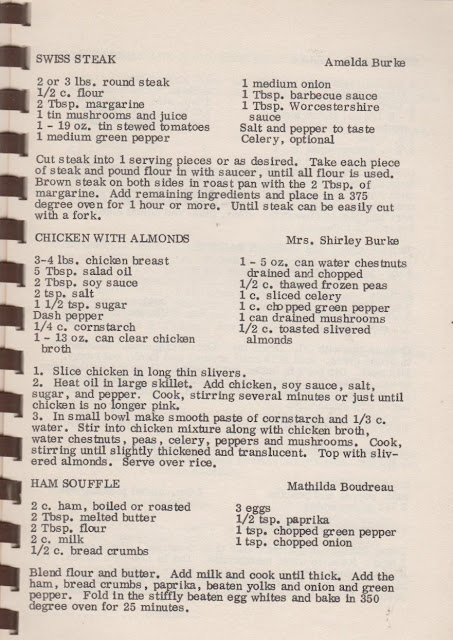 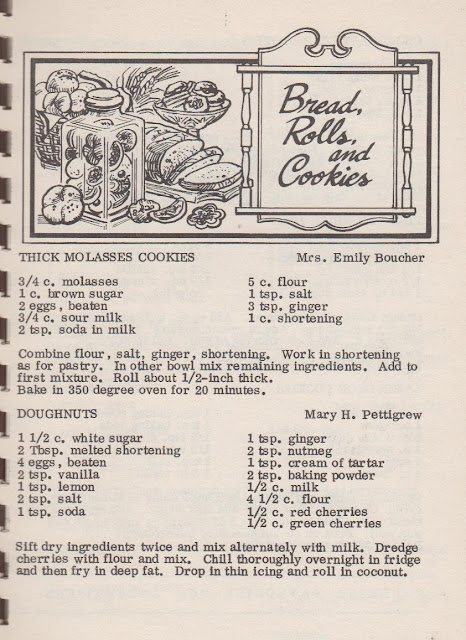 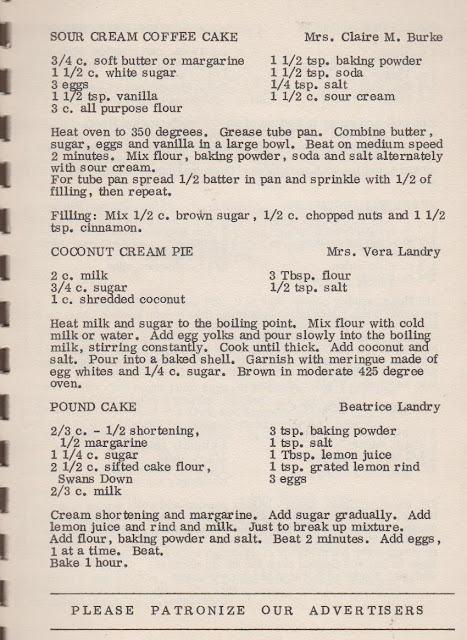 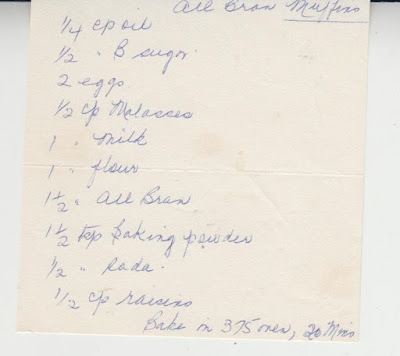 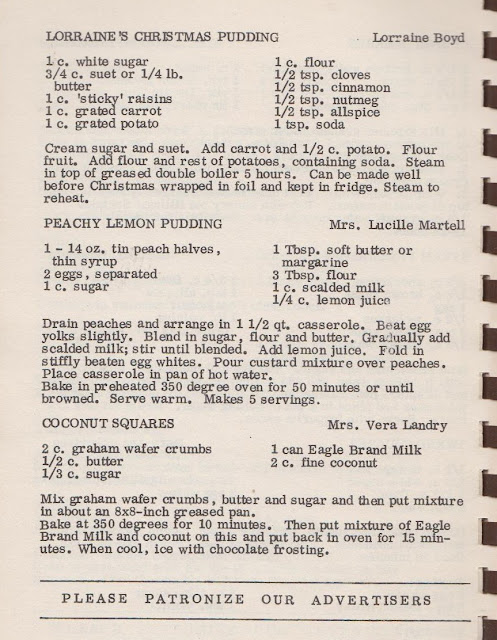 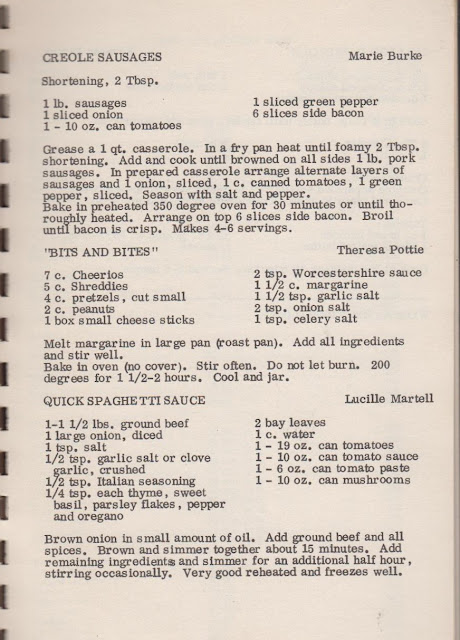 Posted by Michael Laxer at 3:04 PM