Leaflet: "An Act of Solidarity in Angola" - Speech by Fidel Castro, 1975

This is the text of a speech given by Cuban revolutionary leader Fidel Castro in 1975 about the support Cuba gave to the people of Angola in their fight against South African invasion and imperialist "rebels" at the time.

In November, 1975 the new leftist and anti-imperialist government of Angola was under threat of military defeat at the hand of these forces. In a move that stunned the world Cuban troops and aid arrived just in time to help defeat this attack.

This magnificent act of internationalist solidarity led to new blockades and embargoes by the US against Cuba itself.

In this speech in December, 1975 to the Congress of the Communist Party of Cuba Castro reiterates Cuba's unwavering commitment to the anti-imperialist struggle and to the defeat of colonialism globally. He denounces the continued American and western support of racist Apartheid South Africa.


Some of them (the imperialists) wonder why we help Angolans, what interests we have there. They are accustomed to thinking that whenever a country does something it is in pursuit of oil, or copper, or diamonds, or some other natural resource. No!...We are fulfilling an elementary internationalist duty when we help the Angolan people.

Despite the success in 1975 staving off defeat the struggle against the imperialist forces would continue in Angola until 1988 with Cubans there to support Angola in many ways until the end. There were failures and setbacks along the way, of course, and with the collapse of the USSR and the emboldening of imperialism there have been many setbacks since. But this remarkable victory remains.

Jorge Tamames wrote about this internationalist intervention by Cuba in Jacobin. He concluded of it that:


There should be nothing surprising in the realization that Castro’s interventions in Africa were imperfect. But...Cuba’s role in Angola should be looked upon as an example — perhaps the only one in recent history — of a foreign policy that was proudly interventionist, genuinely committed to emancipation, and in many ways successful. If we are to discuss internationalism in the twenty-first century, we could start from few better places. 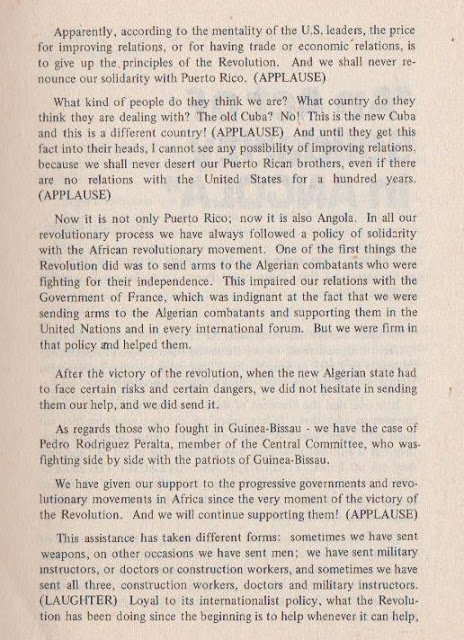 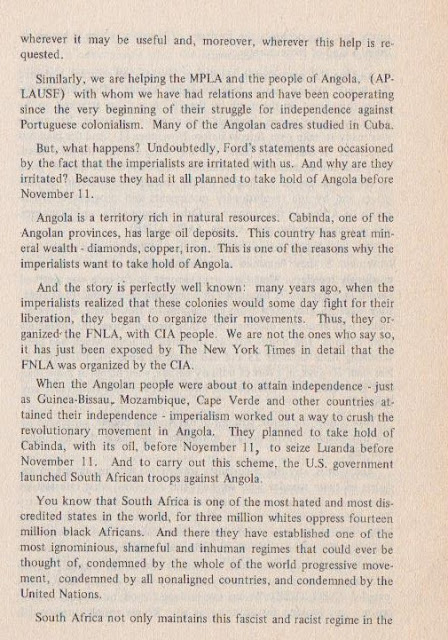 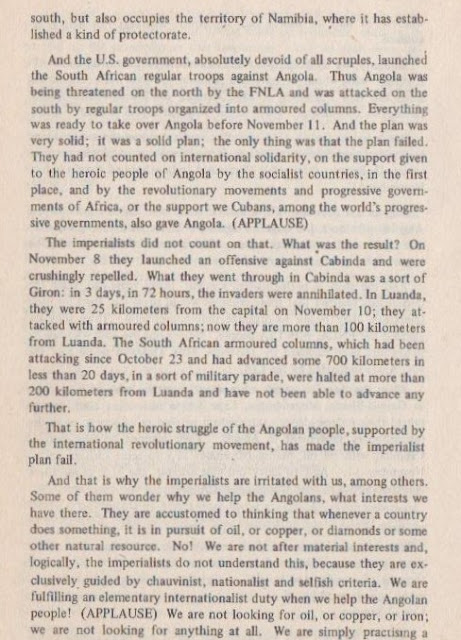 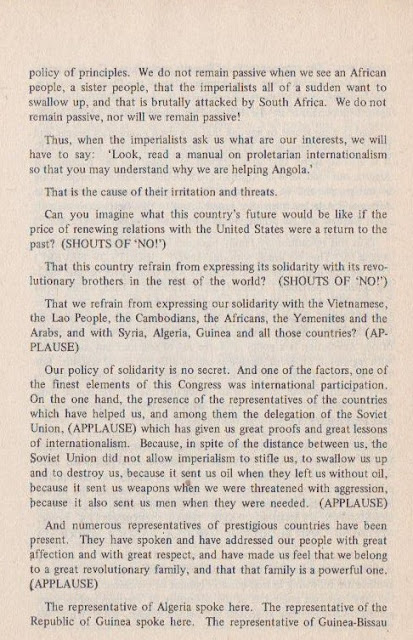 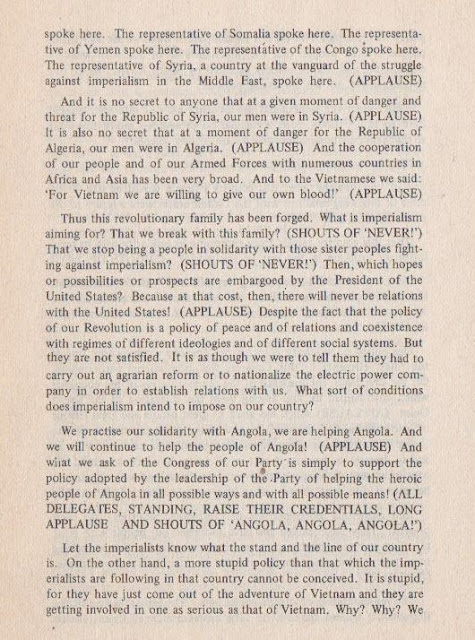 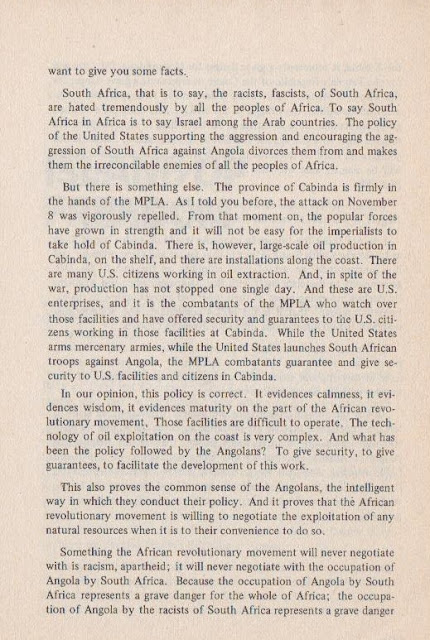 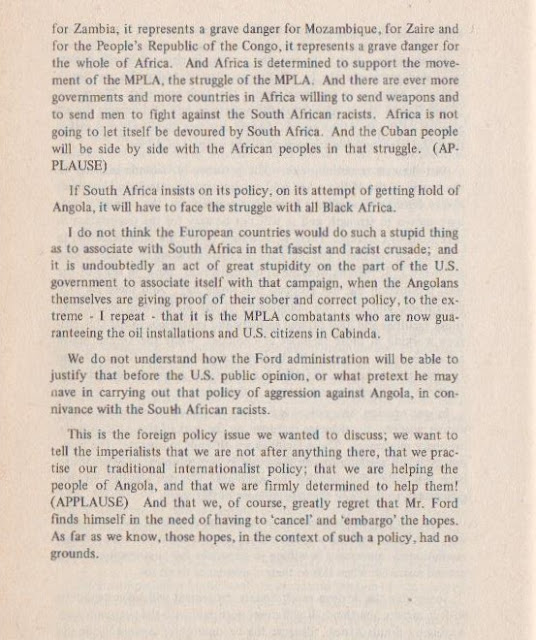 Posted by Michael Laxer at 4:50 PM