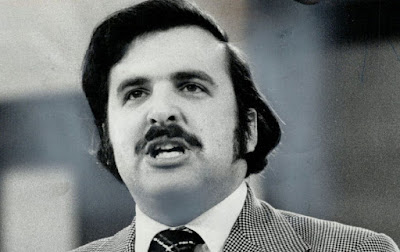 As 2019 draws to close so too does the 50th anniversary of the birth of the socialist movement within in the NDP that became known as the Waffle.

The Movement for an Independent Socialist Canada. formed in late 1969, was an attempt led by leftists, economic nationalists and feminists like Mel Watkins, James Laxer, Krista Maeots and others to change the NDP from within from a reformist social democratic party into a more robust socialist party. The Waffle Manifesto and vision called for the NDP to advocate for nationalization, anti-American and anti-imperialist economic and foreign policy and for a radical vision of social transformation that in part flowed out of the student protest and New Left movements of the time.

The Waffle's high point came during the 1971 federal leadership convention when the then relatively unknown James Laxer stunned the party as the Waffle nominee by taking the leadership vote to a fourth ballot and getting nearly 37% against the establishment candidate David Lewis.

In what would set the tone for decades of anti-democratic, nepotist and anti-left behaviour by the NDP leadership to follow, in 1972 Stephen Lewis -- who went on to be a dilettante favourite of the Canadian establishment while pretending always to be a progressive -- would do his daddy's dirty business and engineer the expulsion of the Waffle from the party at a meeting of the Ontario Provincial Council.

I have written about this before on Rabble in the piece: On the 40th anniversary of the expulsion of the Waffle.

The stunning cowardice of this on the part of the Lewis clan and their sycophants was evident to pretty much anyone who was not a party hack at the time. Its consequences were deep and far reaching. There is little doubt that it not only drove a generation of social activists out of the party but that it also made the party template into the paranoid, centralized, leadership driven one it is to this day.

Fifty years later the direct legacy of the Waffle is a mixed one. Many of their ideas, such as gender parity in governing bodies, have become fairly mainstream in NDP and social democratic circles. Nationalization of industry and resources remains almost entirely anathema to the party. One can make a very good case that due to globalization the Waffle's brand of left Canadian nationalism is a fairly dated concept.

Yet the one aspect of the Waffle's legacy that has been shown time and time and time again is that its failure to take the reigns of the party and the establishment reaction against it were no anomaly. Rather it was the sign of things to come.

The Waffle not only failed -- nobly, yes, but still failed -- but every single attempt to imitate it has failed more. No left faction or movement within the NDP has posed anywhere near the threat to the leadership that the Waffle did. No other left leadership candidate came as close to winning the leadership as Laxer.

There have been a number of utterly futile attempts to turn the party left -- including some I have been personally involved in -- but chronicling them would be akin to adding another few hundred pages to the adventures of Don Quixote.

Amusing perhaps, but a waste of time. Tilting at windmills.

There are many aspects of the Waffle that are worth considering but, despite the delusional attempts of "entryists" and leftists within the party to claim otherwise, the idea of anti-capitalists or socialists taking over the party from within is not one of them.

The NDP and its provincial counterparts are far more right wing and wed to capitalism than they were in 1970. The NDP has capitulated to right wing narratives in ways that make David and Stephen Lewis look good.

The best way we now can honour the Waffle is by acknowledging the primary lesson it taught us. Under no circumstances are the careerists and power brokers whose family compacts have controlled the NDP since the Waffle era going to allow any kind of activist, grassroots or left takeover.

If we want to see a triumph of the socialist politics and the ideals of the Waffle we need to act outside of and in opposition to the NDP's capitulation to bourgeois liberal politics and the sooner left activists in the NDP realize this the closer we will be to starting a new and truly interesting chapter in the anti-capitalist struggle in Canada.

Posted by Michael Laxer at 9:16 PM