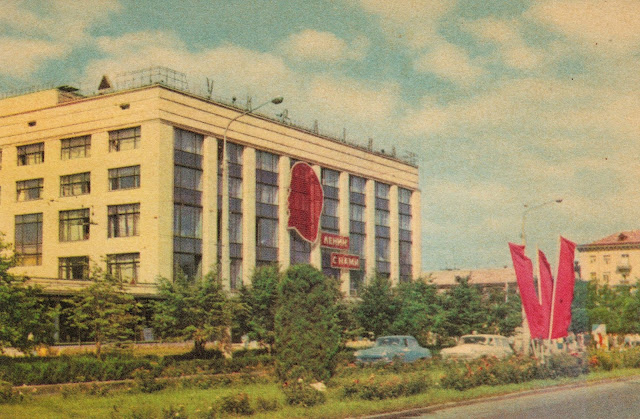 Zaporizhia (sometimes also spelled Zaporozhye) is a Ukrainian industrial centre that expanded massively from a small provincial town to a large city of hundreds of thousands of residents over the course of the Soviet era. The city was important as a port, for its factories and scientific establishments and for its hydroelectric plant on the Dnieper.

We have visited Soviet era Zaporizhia before in the post A Cruise Along the Soviet Dnieper, 1985 Part II: Dnepropetrovsk to Odessa where you can find a brief outline of its history, economy, cultural and educational facilities as well as see other photos of it.

With text in Ukrainian this postcard folder was published in 1968 and was aimed at a domestic tourist audience. It has many interesting shots including of Tatra tram cars on Lenin Ave. (for a more in-depth look at transit in the USSR see: Trams and buses in the USSR -- A look at public transit in the Soviet Union, 1976), the atmospheric photo of Lenin Ave. at night, and the photos of the new housing and high rise blocks.

The card named The Fountains on Mayakovsky Square almost sounds like the title for a film or novel.

I have translated all the card descriptions from Ukrainian. 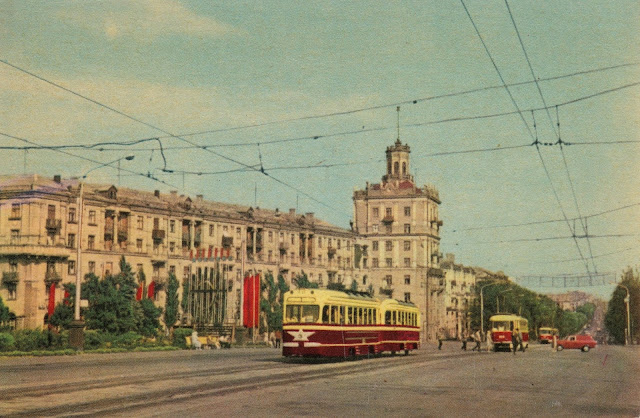 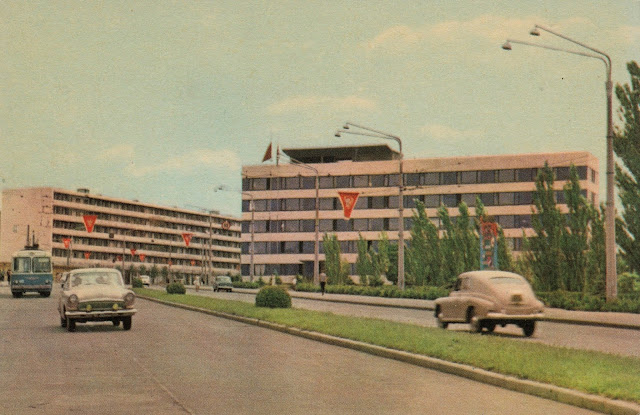 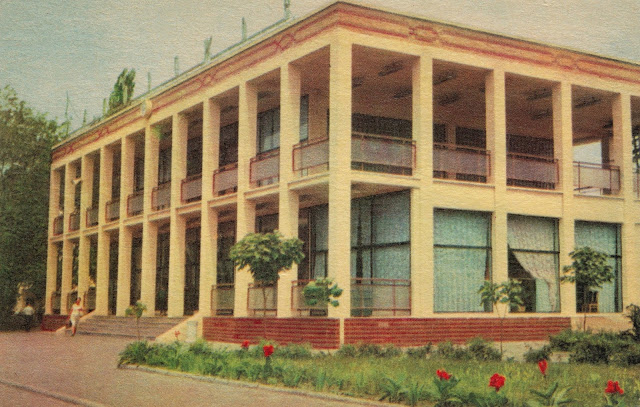 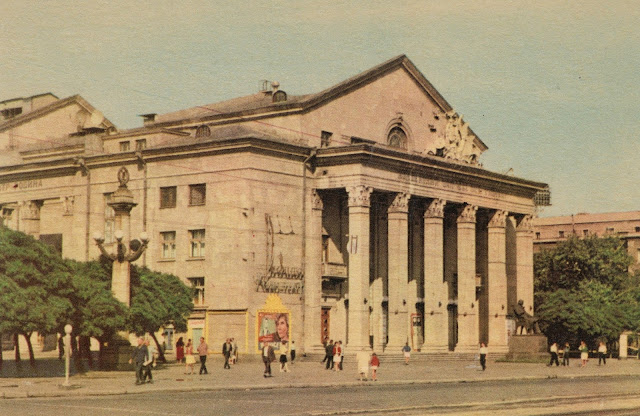 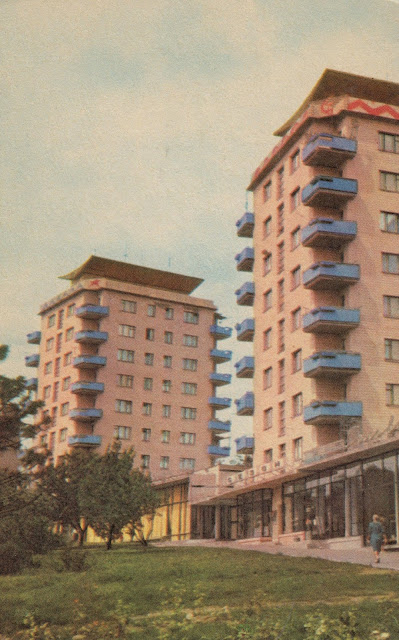 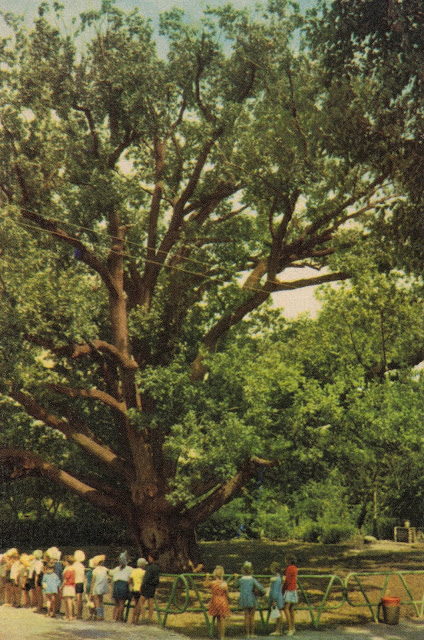 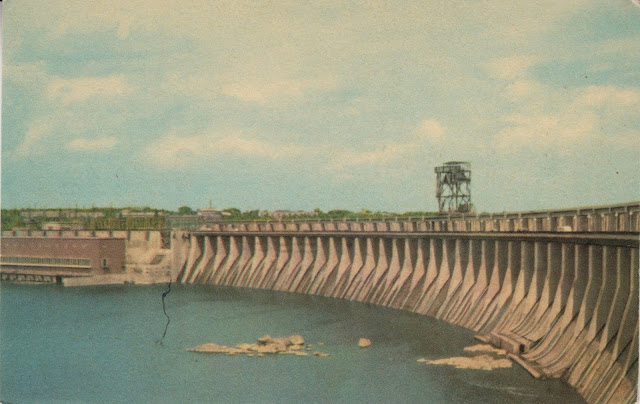 Hydroelectric Plant on the Dnieper 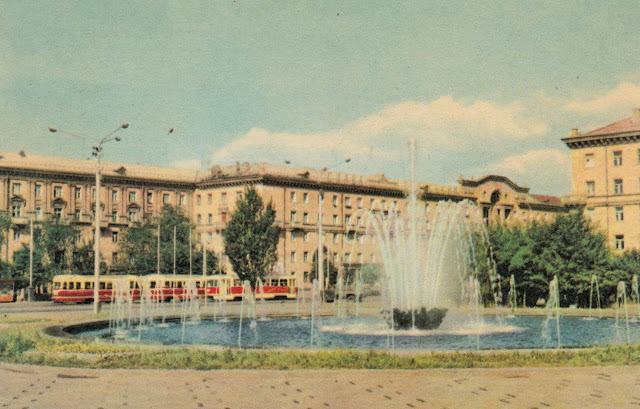 The Fountains on Mayakovsky Square 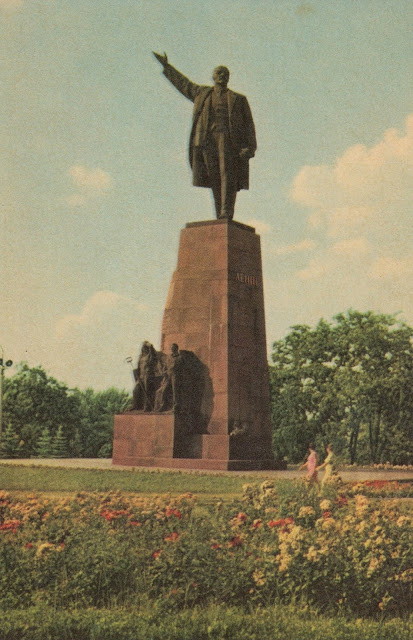 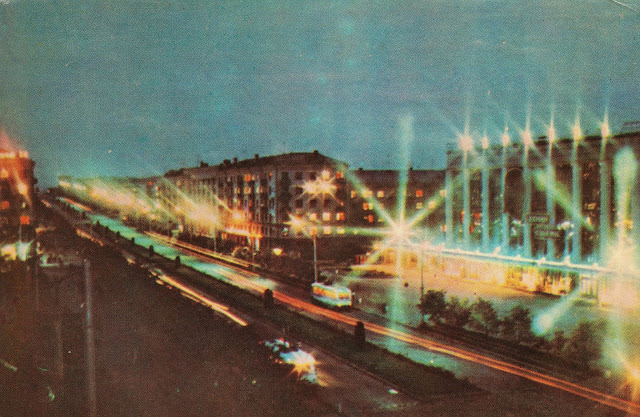 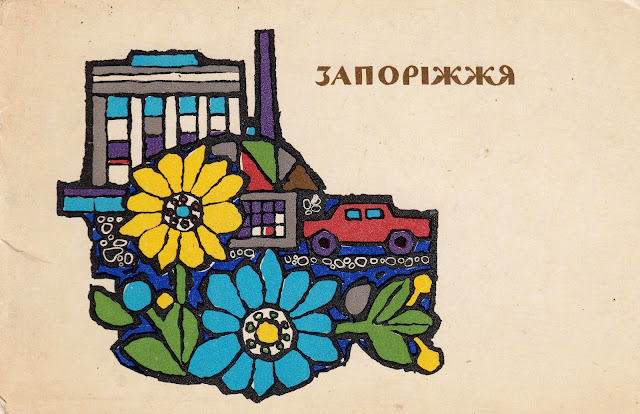 Posted by Michael Laxer at 3:24 PM