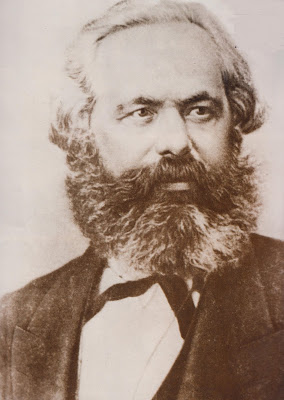 Written by Soviet historian Nelly Rumyantseva for the English language magazine Soviet Life in 1983 this is an interesting overview of Marx and Engels' time as correspondents for the New York Tribune between 1851 - 62. "During that period he and Engels wrote a total of about 500 articles, or an average of 50 articles a year -- something like one a week."

While the relationship began well, and helped Marx get some much needed money, over time it soured with the Tribune publishing much of his later work unattributed or declining to publish pieces altogether.

Rumyantseva also compiled "Marx and Engels on the United States" which was published in English in 1979. 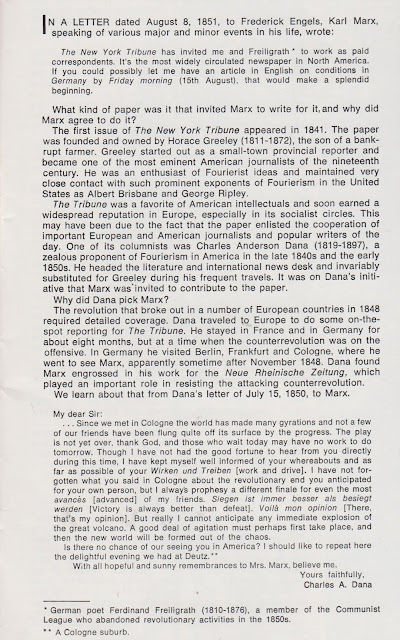 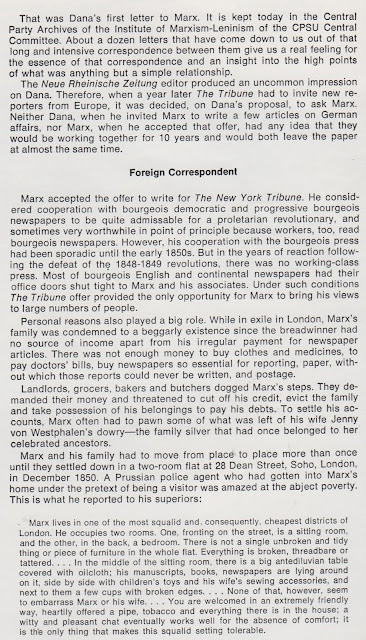 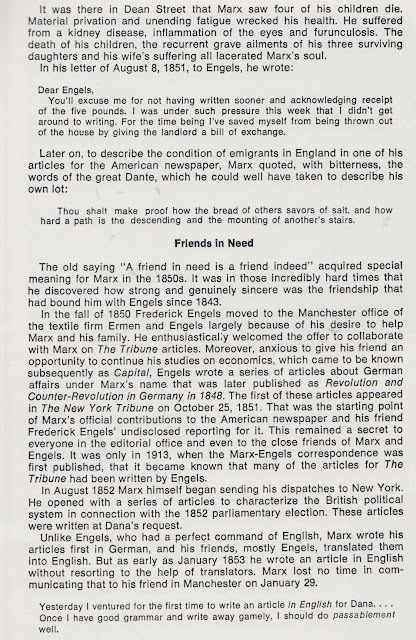 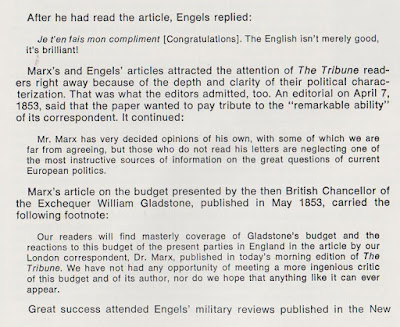 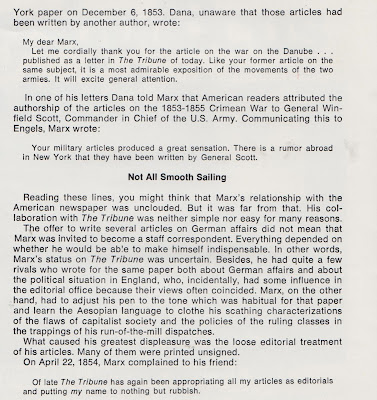 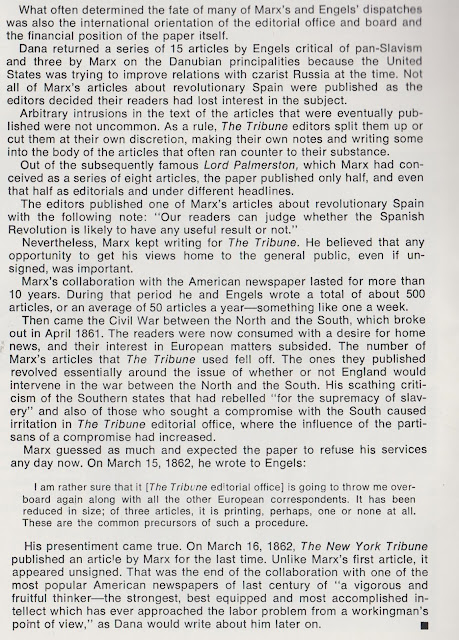 Posted by Michael Laxer at 5:01 PM