Police and bylaw harassment is not a coronavirus cure 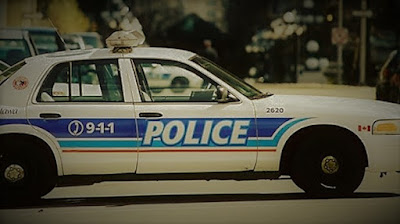 We have all heard the mystifying stories of folks choosing to gather in public or private spaces in ways that are dangerous and that could spread Covid-19 in our communities. There have also been cases of people with the virus or who may have been exposed to it ignoring quarantine directives in ways that are obviously anti-social.

There is no question that this behaviour is dangerous and unacceptable. At times it will be necessary for law enforcement of one type or another to get involved to ensure compliance with laws as is normally the case.

But in many North American jurisdictions police and even by-law officers have been given sweeping new powers that are often unnecessary and also open to abuse.

As should have been expected reports of such abuses are quickly emerging.

In the United States a former cop, for example, was actually briefly arrested for playing catch with his 6 year old daughter in a Colorado park even though they were nowhere near anyone else.

Black Americans are "being profiled for wearing masks" despite the fact that this is recommended by most health authorities.

In Ontario cops and bylaw officers have been granted the power to demand that people identify themselves if they are allegedly transgressing new rules. Failure to comply with the request can result in steep fines. They also have the power to issue hefty fines for failing to comply with what are often contradictory or vague social or physical distancing rules.

Given our collective history of systemic racism and oppression this is guaranteed to result in the harassment of the racialized, marginalized and of people living in poverty. We are certain to see harassment of people who in many cases are doing absolutely nothing wrong under the new laws as written.

It is important to note that police in Ontario were already allowed to ask a person to identify themselves if they have a legitimate reason to think that they either have or are going to commit an illegal act. The new powers -- that now include bylaw officers who don't even have the training that police do -- are sufficiently broad that they amount to a re-institution, allegedly temporary, of carding.

With the many of the courts shut down and the ability of people to appeal tickets thereby limited, and with a widespread sense in the public that anyone being stopped probably did something wrong, we can be absolutely certain that police and wanna-be police will feel they can act with impunity.

And it has already begun. Almost immediately reports emerged of people getting fined for being in park areas, alone, that were not clearly marked as or that may not even have been off limits.

In Toronto a woman who has Ehlers-Danlos syndrome and was sitting alone with her dog in a park was confronted by someone in a yellow vest who said she was violating the new city park by-laws even though it is not at all clear that she was. The wording of the by-law related to parks on the city website is vague on this point.

An Ottawa man, Obi Ifedi, says that a "bylaw officer punched him in the face with a bare-knuckle fist" in an incident that began because he was walking with his daughter through a park that apparently had no signs indicating that it had been closed. He was also issued a $2000 ticket after initialing refusing to identify himself.

In Hamilton, police outrageously issued $750 fines to homeless people for allegedly not practicing physical distancing. Never mind that these are fines that they will likely never be able to pay, issuing them will do absolutely nothing to help the cause of public health.

As such it can only be seen as harassment and cruelty for its own sake.

While it is important to ensure that people who are refusing to comply with or flaunting rules resulting from these terrible circumstances we find ourselves in are prevented from doing so, this does not mean we should give the police free reign.

We already know what happens if we allow our police forces to act without proper limits and oversight and history has already shown us who they will primarily target and abuse. This will be amplified by the fact that many of the new bylaws or laws are not always clear or have numerous exceptions leaving them open to "selective" and arbitrary application or enforcement. Fears about this pandemic cannot be used to justify and normalize such a situation.
Posted by Michael Laxer at 1:53 PM