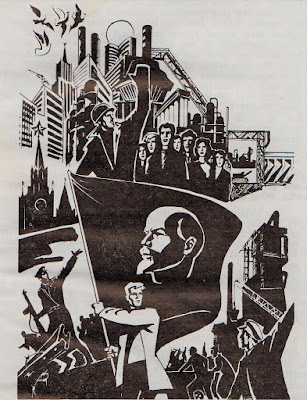 Published by the Soviet English language magazine Socialism: Theory and Practice in 1983 this is an interesting overview of the size, state and demographics of the international Communist movement at the time.

In addition to a breakdown of the numbers of members of individual parties and in various global regions there are also numbers related to the class composition of these parties as well as the number of women members and other stats. 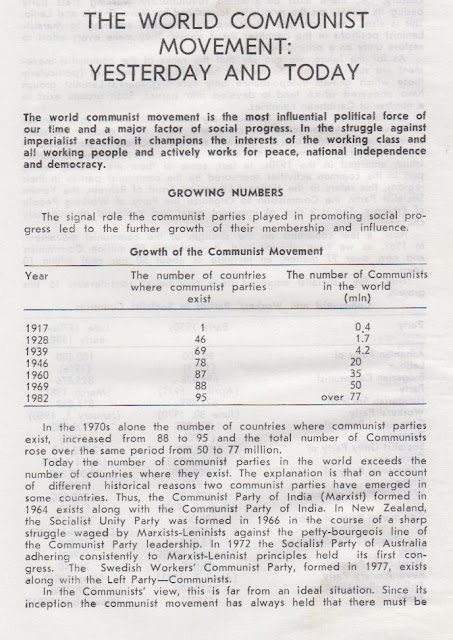 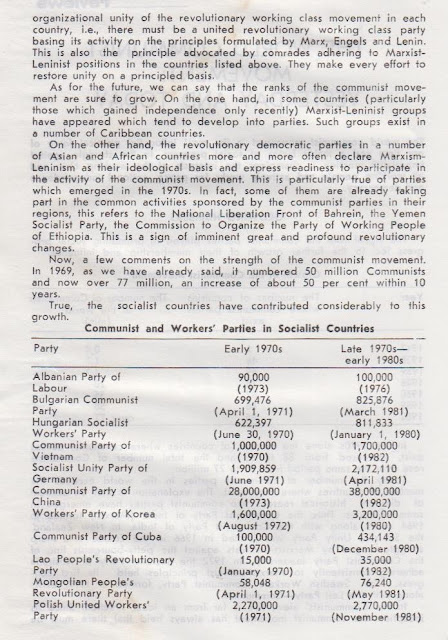 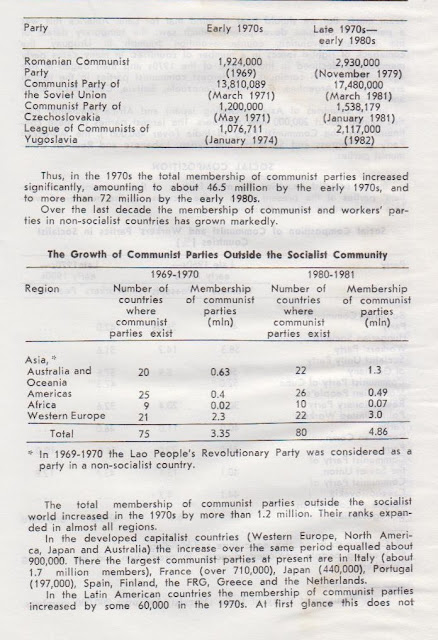 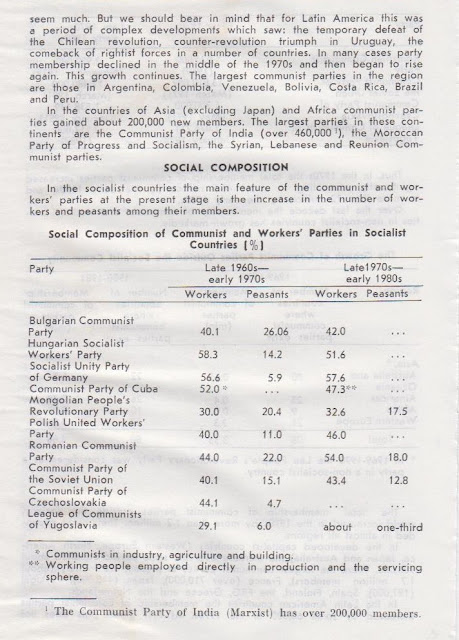 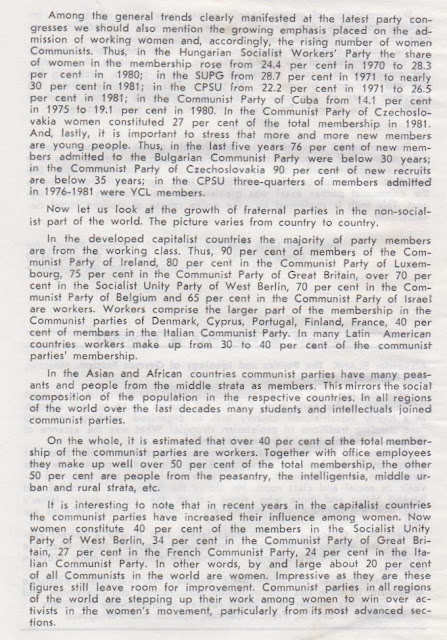 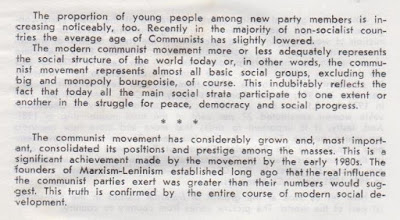 Posted by Michael Laxer at 4:38 PM