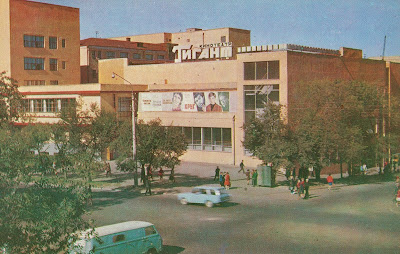 The city sits very close to the Chinese border at the confluence of the Amur and Ussuri Rivers. It is 500 miles to  the north of the better known Russian far eastern city of Vladivostok.

I have translated the folder, which was aimed at a domestic audience, from the Russian and have included the folder notes as well as the description on each photo card.

Unlike the previous post, this one has a large number of streetscapes which I find the most fascinating type of vintage postcard.

Khabarovsk is located on the shore of the mighty Amur and is the harshest major city in the Soviet Far East. The city has been awarded the Order of the October Revolution for its work in furthering the cause of socialism.

With the arctic fox, rivers rich in fish, vast forest expanses, and fertile soils before the revolution many people from Central Russia were drawn to the Far East. On the once wild, open spaces came a Russian settlement here.

At the beginning of the 20th century Khabarovsk was a small settlement. Handicrafts, weapons workshops, a mill, several small factories and and a tobacco factory for which tobacco was delivered from Turkey, as well as paper and cardboard from Speeii - that was the whole of Khabarovsk industry in those years.

After 30 years of Soviet power Khabarovsk turned into a large modern city. Its population now exceeds half a million people. The products of the Khabarovsk region of Russia are known today around the world.

The brainchild of the Soviet five-year plan the city's factories export powerful compressors. Another plant produces diesel engines and diesel generators. The cable plant named for the 50th anniversary of the USSR provides its products not only to the Far East, but also to a number of regions of Siberia. The Khabarovsk Machine Tool Plant has made many innovations.

Khabarovsk has become a major scientific center. In the city there are several scientific and research institutes and large laboratories. There are more than 30 thousand people in the branches of various educational institutions of the city. All residents can get a higher education.

There are theaters for musical comedy and for youth, a philharmonic society, a large orchestra, a television center and an Orbit dish. It is a city of cinemas. houses of cultural, clubs and gyms.

The pride of the Khabarovsk is the V.I. Lenin stadium, the largest in the East.

In accordance with the master plan of the city in place of old wooden houses in the center grow multi-storey modern buildings.. There are the buildings of the Musical Comedy Theater, the Scientific Library, St. Isaac's Hall, the l3-storey hotel and the radio house.

When in Moscow the chimes hit midnight. over Khabarovek dawns a new day. And, as always, the city brings new successes to its citizens, with the joys of creative work and accomplishments. 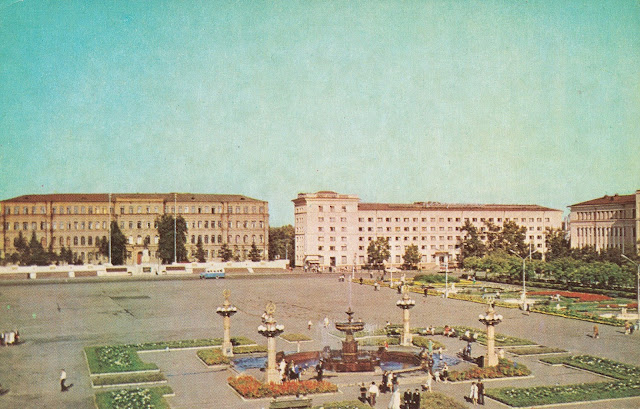 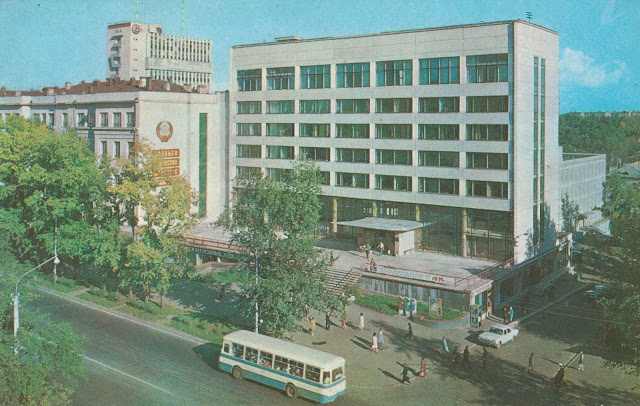 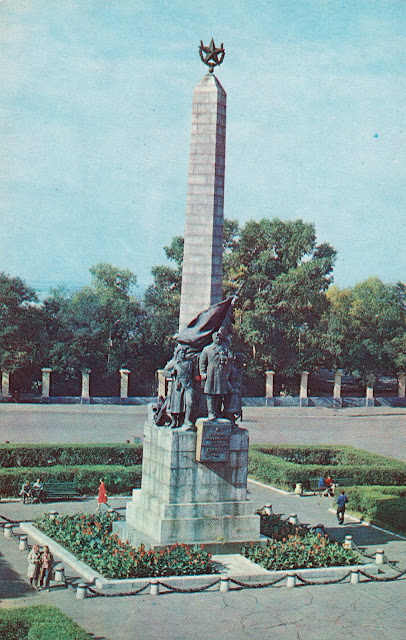 Monument to the Heroes of the Civil War on Komsomolskaya Square 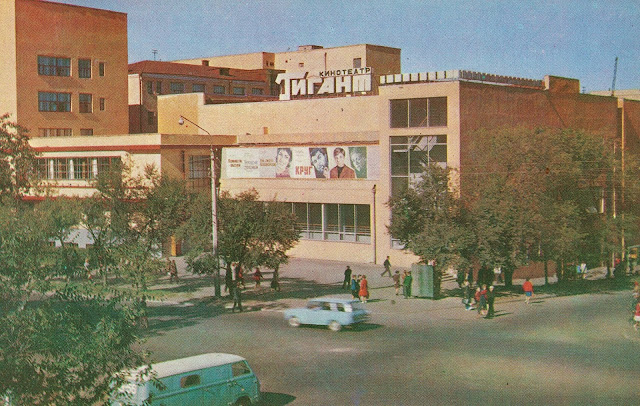 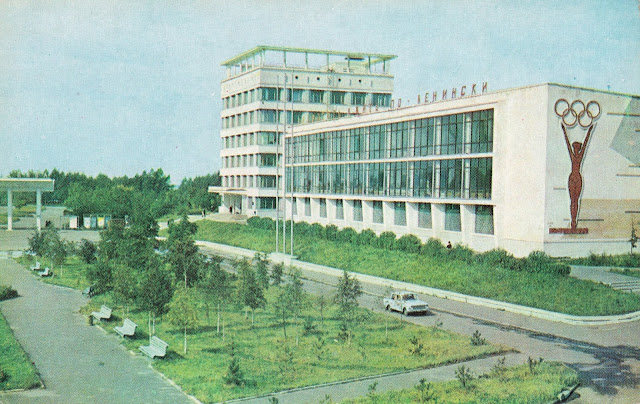 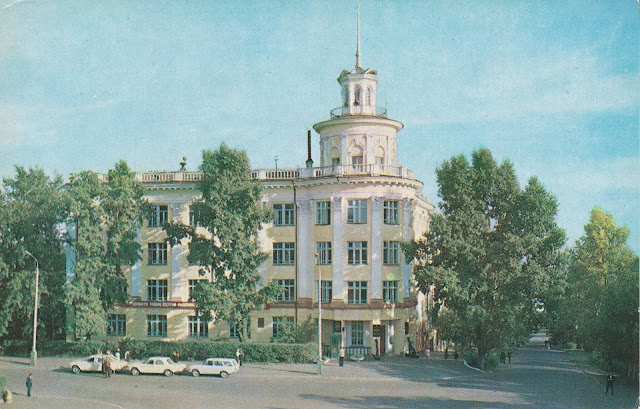 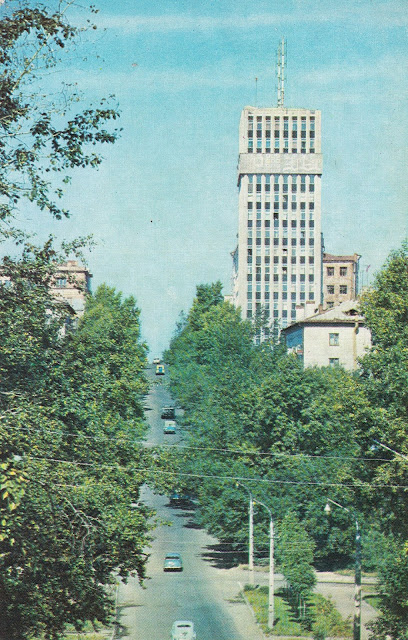 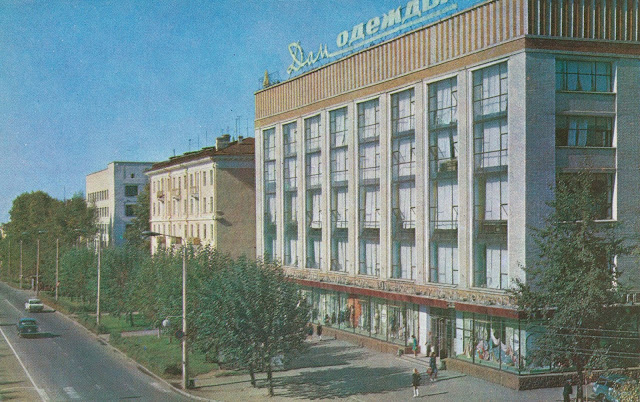 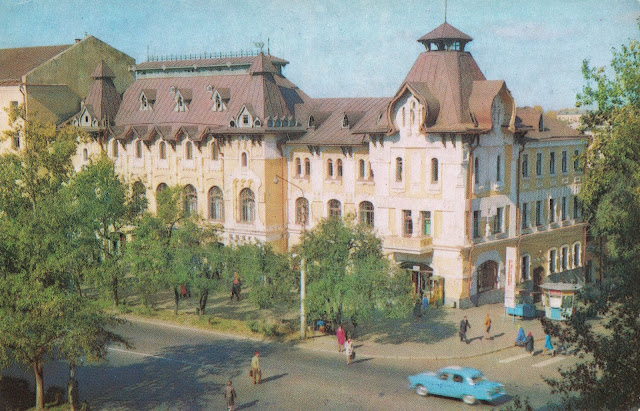 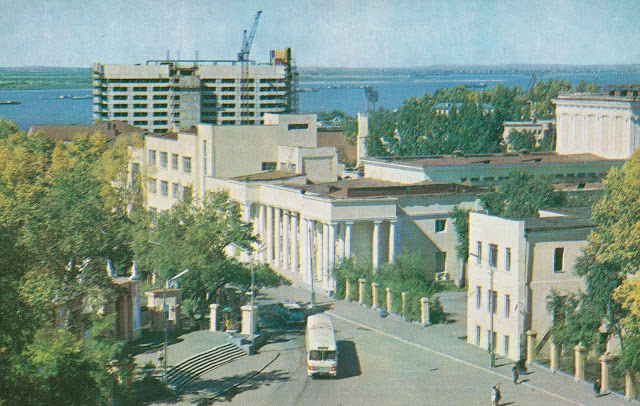 At the Entrance to Central Park Place 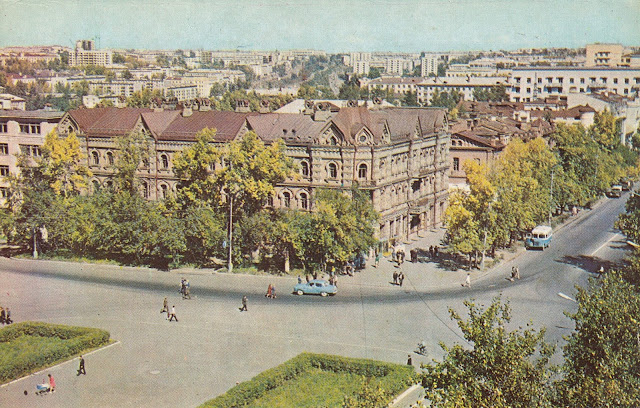 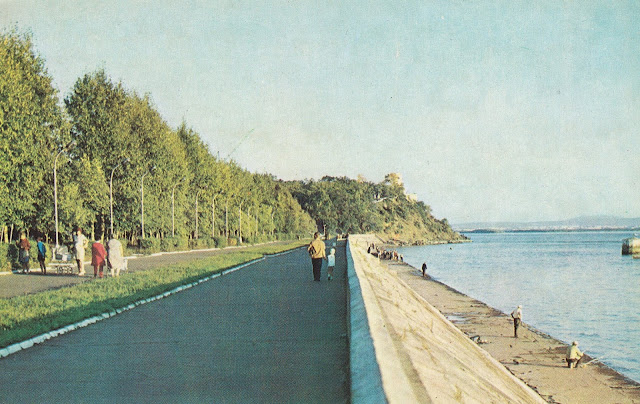 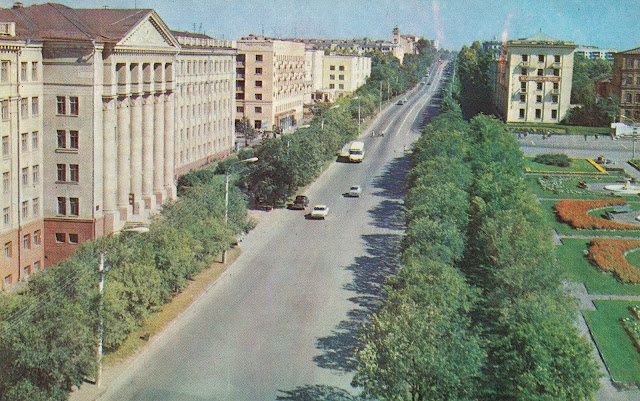 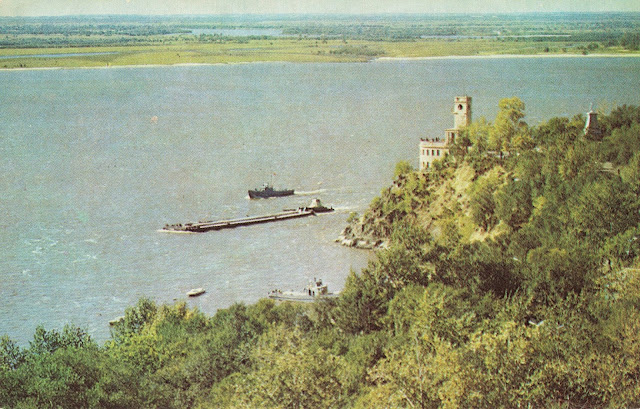 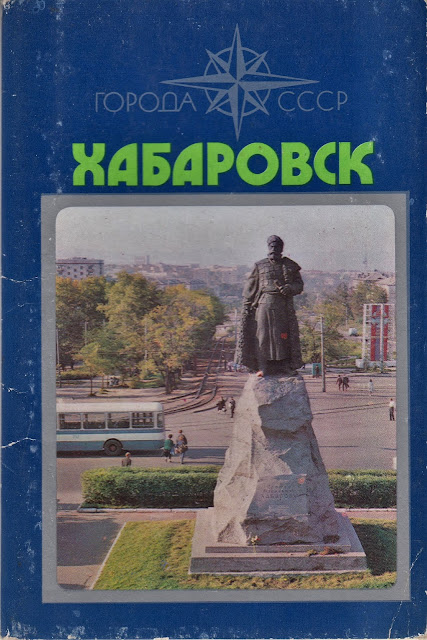 Posted by Michael Laxer at 9:30 AM