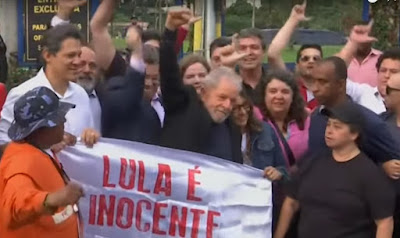 Bolivian President Evo Morales was forced to resign Sunday after senior army chiefs called on him to do so following weeks of right-wing unrest and violence against his Oct. 20 elections victory, in what his government has called a coup by opposition forces in the country.

Bolivian President Evo Morales said Sunday that he was calling new presidential elections after a night of major unrest and violence across the country led by right-wing opposition in what the Bolivian government has denounced as an attempted coup.

The District 3 race, which Sawant is almost certain to win, attracted national attention in recent weeks as business interests poured money into the contest, coming to signify for some a referendum on the influence of companies like Amazon over the Seattle City Council.

Hundreds of people marched through Sydney in a loud and colourful show of solidarity with Chilean protesters demanding the resignation of President Sebastian Pinera, on November 2. Up to 1.5 million Chileans mobilised to demand Pinera's resignation on October 25, in what was the largest protest in the nation's history. It came after weeks of protest triggered by a rise in subway fares. Video clip by Peter Boyle for Green Left Weekly.

2) Hundreds of Thousands Gather Against Conservative Govt in Chile

As Chile is starting the third week of demonstrations against the government of President Sebastian Pinera, hundreds of thousands gathered on Plaza Italia this Friday amid fierce police repression.

3) Chile: Court to Investigate Piñera for Crimes Against Humanity

Santiago's 7th Guarantee Court on Wednesday agreed to process a legal action filed by NGOs Popular Defense, Vergara Toledo Bros Defense Committee and Legal Cooperative, which requested that Chile's President Sebastian Piñera be investigated by his political responsibility for crimes that have taken place over the last weeks amid massive unrest in the country. 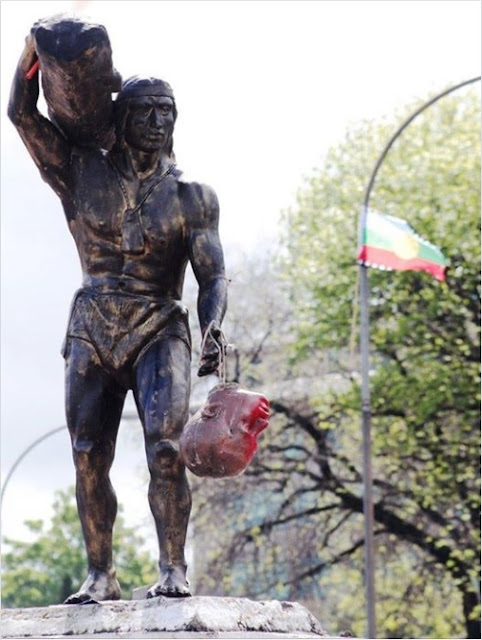 As peaceful protesters and rioters alike have thronged the streets of the Chilean capital of Santiago to protest against inequality and state repression, a string of no less symbolic blows has also been struck 650km (400 miles) to the south.

A Chilean prosecutor on Wednesday said he would seek court approval to investigate 14 police officers for allegedly torturing protesters during almost three weeks of intense unrest and rioting in the country.

Although it has undergone reforms over the decades, Chile's constitution was written during the Pinochet dictatorship.

Chile's President Sebastian Piñera on Thursday announced a package of bills whose purpose would be to halt protests through further criminalization of citizens who barricade streets and hide their faces during demonstrations. 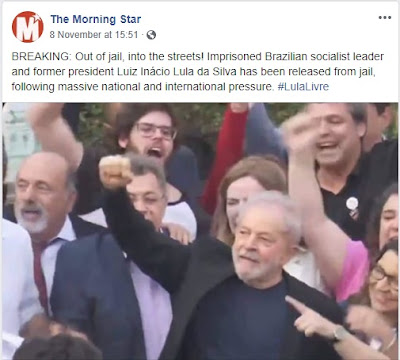 After having spent 580 days as a political prisoner in Curitiba, Brazil's former president Luiz Inacio Lula da Silva on Saturday arrived at the ABC Union of Workers of Metallurgical Industry, which is located at Sao Bernardo do Campo, the city where he began his political life as a worker leader.

The Intercept's co-founder Glenn Greenwald was assaulted during a live broadcast Thursday by far-right Brazilian journalist and pro-Bolsanaro supporter Augusto Nunes after a heated argument regarding baseless accusations against Greenwald’s family.

10) Bolivia: Audios Linking Civic, Ex-Military and US in Coup Plans

The Radio Education Network of Bolivia (Erbol) leaked 16 audios involving opposition leaders who are calling for a coup d'etat against the government of President Evo Morales, a political action which would have been coordinated from the U.S. embassy in the Andean country.

A mob led by the right-wing opposition Wednesday set fire to the Vinto Town Hall and dragged socialist mayor Patricia Arce down the street, where they humiliated her physically and verbally.

The imposition of arbitrary measures or “sanctions” by the United States against numerous countries around the world was denounced by the Venezuelan delegation present at the XVIII Summit of Non-Aligned Countries, held in Baku, Azerbaijan. The Venezuelan ambassador to the United Nations Organization, Samuel Moncada, denounced the economic terrorism executed by US President Donald Trump, which affects a third of humanity with more than 8,000 measures in 39 countries.

The United Nations General Assembly (UNGA) on Thursday overwhelming voted in favor of the resolution demanding the ending of the U.S. blockade against Cuba with 187 countries voting in favor, three against while two countries abstained.

15) 'People Are Rising up Against Neoliberalism': Maduro

Venezuelan President Nicolas Maduro celebrated in his closing statement at the III Anti-Imperialist Congress against Neoliberalism held in Cuba Sunday, that people from across the region are rising against “savage capitalism” especially the neoliberal model pushed by the International Monetary Fund.

Colombian Defense Minister Guillermo Botero resigned his position on Wednesday, amid controversy over an Army bombing where eight minors were killed. The incident was hidden for months and presented as an operation in which FARC-EP dissidents died, who recently returned to arms.

Argentina’s President-elect Alberto Fernandez on Wednesday reiterated his position in favor of the non-intervention of the United States in Venezuela during a conversation with Mauricio Claver-Carone, Advisor to the U.S. President Donald Trump for Hemispheric Affairs.

DEKE PIERCE WAS wearing civilian clothes as he took to the lectern in a narrow press room inside the Texas Capitol in Austin last month, but it was still obvious that he was a cop. He stood with his feet wide and his arms slightly away from his body, a stance molded by years in a uniform encumbered by heavy gear. He was there to make an extraordinary announcement: He and 12 other members of law enforcement with more than 250 years of combined experience had filed a friend-of-the-court brief with the U.S. Supreme Court in favor of a Texas death row prisoner named Rodney Reed, slated for execution on November 20.

The Kilusang Mayo Uno (KMU) on behalf of all its member federations and allied unions in the Philippine labor movement ask the international labor rights community and all human rights advocates to help us in our own efforts to denounce, resist, and fight against the Philippine government’s infamous scheme to outlaw progressive unionism and arrest unionists, workers, and their supporters.

Victory for the Socialists in last month’s Portuguese election rewarded its successes in easing austerity. But for the Left, the fight isn’t over — especially as the European Union tightens the screws on the country’s public spending.

22) The Man Who Couldn’t Save East Germany

23) What was it like to grow up under communism in the old cold war?

VIKTOR ORBAN, the current Hungarian Prime Minister, has described my generation — those whose fate was sealed by the “failure” of the famous 1956 uprising against the communist government as — “the lost generation.”

24) TI's hymen checks are horrific. So is the entire concept of virginity

The rapper’s revelation about his daughter should remind us of the misogyny inherent in valuing sexual inexperience.

25) Indigenous communities: ‘They used to shoot us. Now they kill us with their policies’

“We have to rely on bottled water to bathe our babies. There is no fresh water to drink,” explained local Aboriginal elder Brendan Adams. “The bore water is heavy and a dark colour. Our skin is dry, our hair is like straw.

Jacinda Ardern’s landmark climate legislation has passed in New Zealand parliament, with historic cross-party support, committing the nation to reduce its carbon emissions to zero by 2050 and meet its commitments under the Paris climate accords.

Leaked footage shows a US TV anchor complaining that editors "quashed" a story about paedophile Jeffrey Epstein due to pressure from the Royal Family.

Haiti on Monday entered the eighth consecutive week of anti-government protests, with a curfew decreed yesterday by opposition sectors, who are asking people to stay home.

Iraq’s Communist Party called for a new type of government and for the momentum of the current uprising to continue until its demands are realized as roads were blocked in Baghdad on Sunday.

Iraqi security forces shot dead at least six anti-government protesters in Baghdad on Thursday and killed four others as they broke up a sit-in in the southern city of Basra, police and medical sources said.

Huge protests have erupted on the streets of Iraq. Green Left Weekly’s Sam Wainwright spoke to Khalil Albawy. Albawy is a member of the Iraqi Communist Party and Secretary of the Iraqi and Australian Friendship Society in Western Australia.

32) Communists will work for election of left-led Labour government

THE Communist Party reaffirms its commitment of September 23 to work for the election of a left-led Labour government in the forthcoming general election. 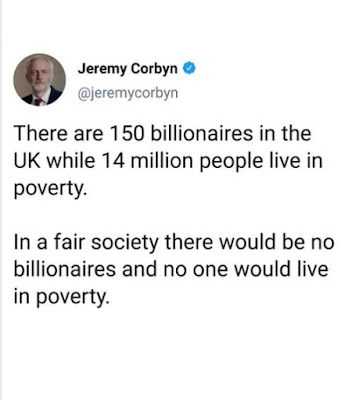 33) The wheels are coming off the Tory election vehicle

IN Jacob Rees-Mogg the Tories have a figure who effortlessly drives reasonable people to insurrectionary thoughts. 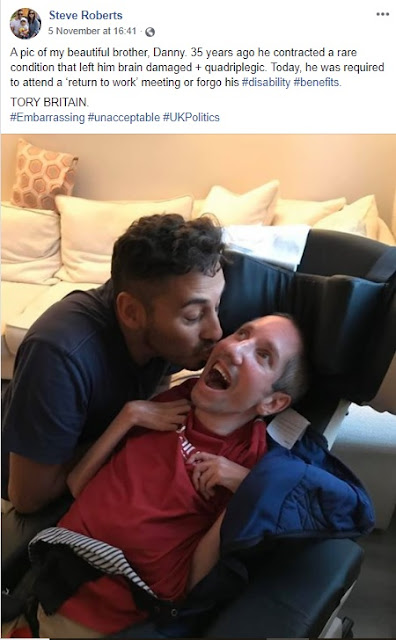 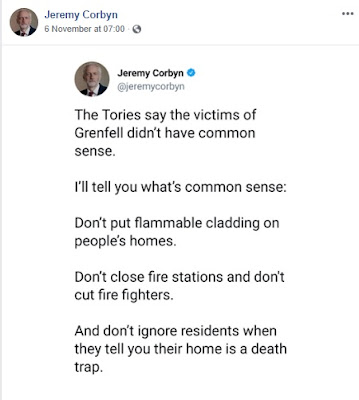 African Nova Scotian community members in Windsor, Nova Scotia say they are facing harassment after speaking out about Halloween decorations displayed by a local family.

35) The Massacre That Spawned the Alt-Right

Forty years ago, a gang of Klansmen and Nazis murdered five communists in broad daylight. America has never been the same.

36) Remembering the Greensboro Massacre of 1979, When KKK & Nazis Killed 5 People in Broad Daylight

Hundreds gathered this weekend to mark the 40th anniversary of the Greensboro massacre, when 40 Ku Klux Klansmen and American Nazis opened fire on an anti-Klan demonstration in Greensboro, North Carolina, killing five anti-racist activists in a span of 88 seconds. Those killed were members of the Communist Workers’ Party. Ten other activists were injured. No one was convicted in the massacre, but a jury did find the Greensboro police liable for cooperating with the Ku Klux Klan in a wrongful death. Local pastors in Greensboro are now calling on the City Council to issue an apology for the events that led to the 1979 killing. We speak with Dr. Marty Nathan, the widow of Dr. Mike Nathan, who was killed in the 1979 Greensboro Massacre.

Palestinian social media erupted over the weekend as people expressed their outrage over a leaked video showing and Israeli border police officer shooting a Palestinian in the back as the man walked away from the officers, his hands raised in the air.

Amid skyrocketing housing prices and rising inequality, the number of unhoused people across California is booming. Homelessness in San Francisco has spiked at least 30% since 2017. In Oakland, it’s grown by nearly 50%. As more people have been forced onto the streets, encampments have popped up from Los Angeles to the Bay Area and in other city centers. But while advocates push for more affordable housing solutions, instead city governments have been cracking down on unhoused people with increasingly punitive measures that criminalize homelessness. In a special report, Democracy Now! traveled to San Francisco to speak with unhoused people and their advocates about conditions there.

The Elementary Teachers' Federation of Ontario (ETFO) announced on Monday a countdown to strike action as its latest move in its labour dispute with the government of Premier Doug Ford.

41) Elizabeth May steps down as leader of Green Party

Elizabeth May has stepped down as the leader of the Green Party of Canada, effective immediately.

Posted by Michael Laxer at 9:21 AM