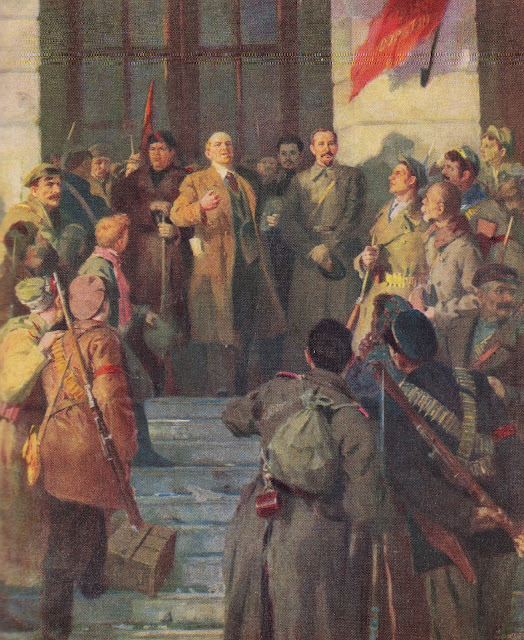 This magnificent, large painting of Lenin in the days of the revolution was displayed in the Supreme Soviet of the Ukrainian SSR from 1948 until the fall of the Soviet Union.

This Thursday marks the 102nd Anniversary of the Great October Socialist Revolution.

(The Daily LIFT - Leftist Image for Today - is a new The Left Chapter feature posting a daily photo, cartoon, artwork or other image related to leftist history or contemporary realty.)
Posted by Michael Laxer at 3:29 PM