Victory of the Great October Socialist Revolution in the Ukraine: 5 Photos -- Daily LIFT #40 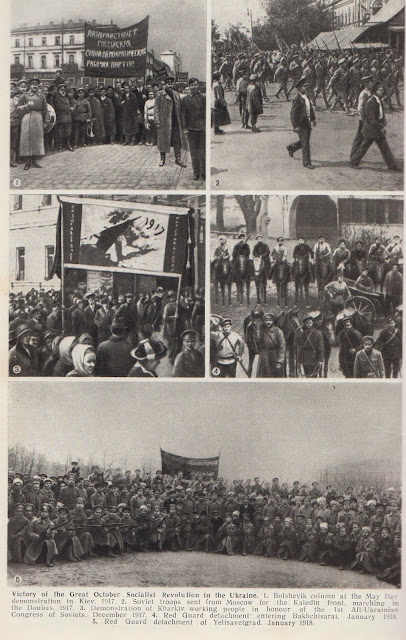 Victory of the Great October Socialist Revolution in the Ukraine: 5 Photos
-- Daily LIFT #40

Images from Soviet Ukraine, Academy of Sciences of the Ukrainian SSR

This Thursday marks the 102nd Anniversary of the Great October Socialist Revolution.

(The Daily LIFT - Leftist Image for Today - is a new The Left Chapter feature posting a daily photo, cartoon, artwork or other image related to leftist history or contemporary realty.)
Posted by Michael Laxer at 5:08 PM