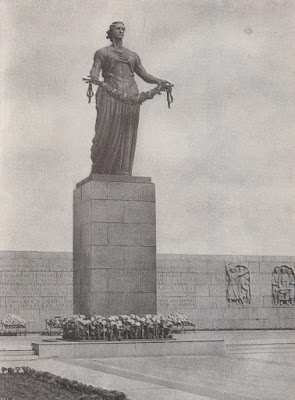 This charming brochure was published in the late 1960s by Intourist, the Soviet tourist agency, and combined black and white photos, text blurbs and illustrations to invite people to visit the city of Leningrad.

The text is in French and talks of Leningrad's many highlights and attractions. There are the monuments and palaces from before the revolution as well as the various statues and museums that had been built since. It is noted that the city was not only one of the most important industrial and cultural centres of the USSR, but that it was also a revolutionary city that witnessed many of the revolution's greatest events and that was named for its leader.

The famed naval cruiser the Aurora, which played such a critical role in the initial Bolshevik triumph, is referenced as is the exceptional heroism of the city's people during the 900 days of siege by the Nazis and their fascist allies.

The photos are quite atmospheric and feature sights such as the Lenin statue at Smolny, the Motherland statue in the Piskaryovskoye Memorial Cemetery and new housing complexes. The red, blue and white themed drawings are terrific.

I have translated the blurb for each photo into English while leaving the text in French. 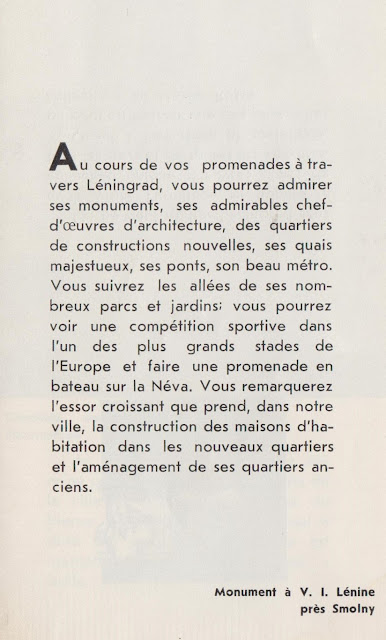 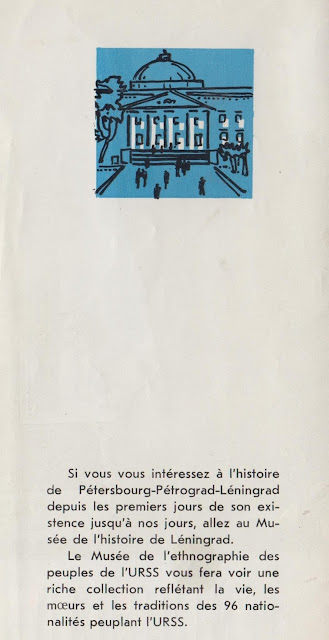 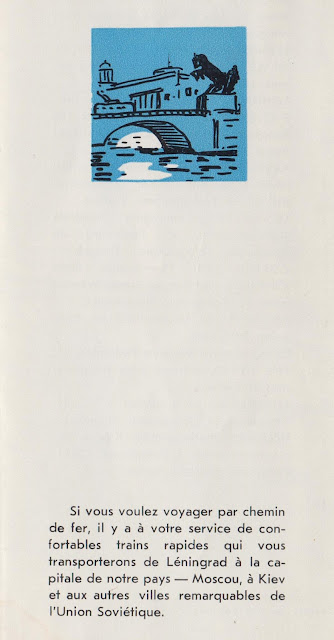 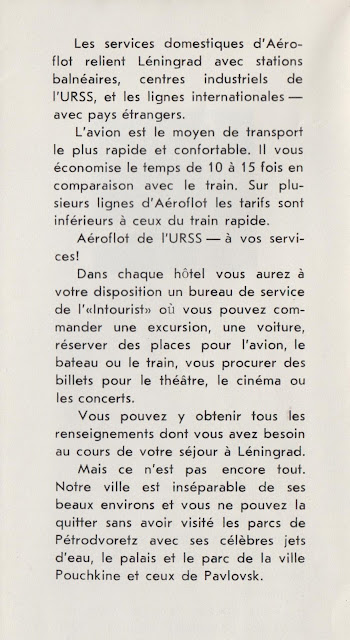 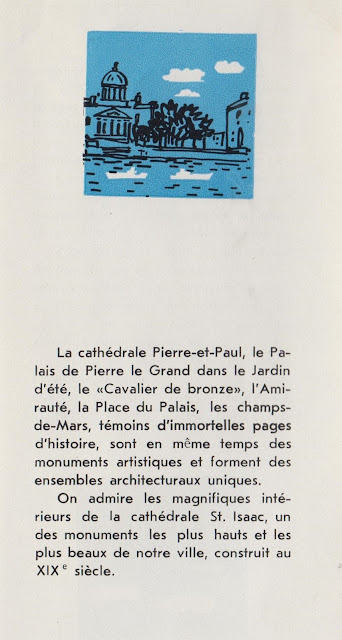 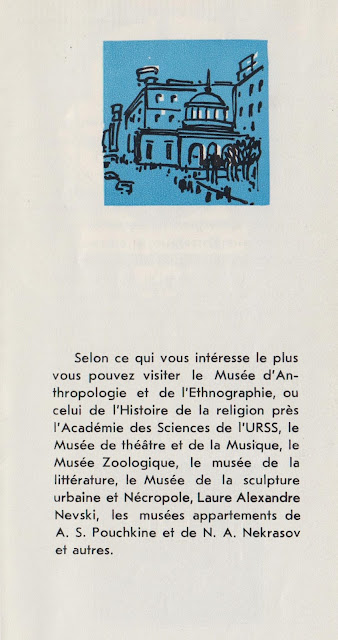 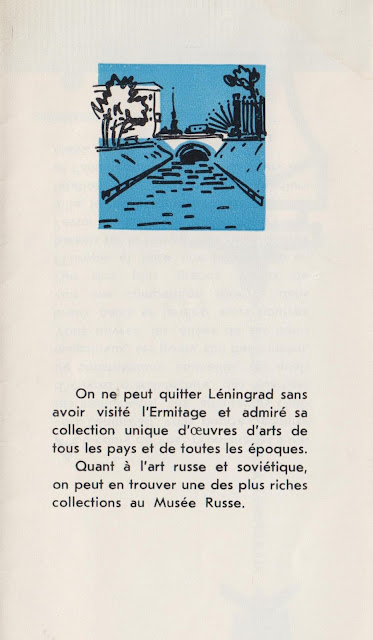 Rostral Columns on the Spit of Vasilievsky Island 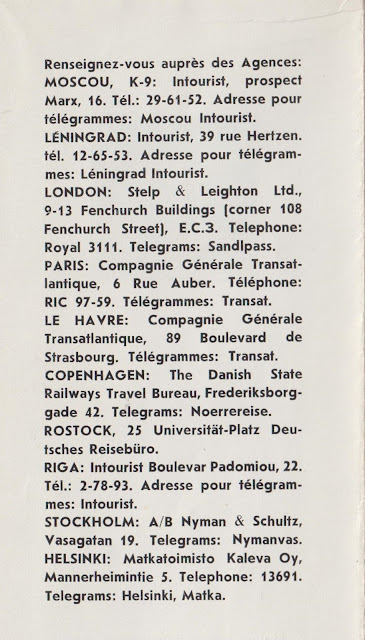 Posted by Michael Laxer at 4:00 PM