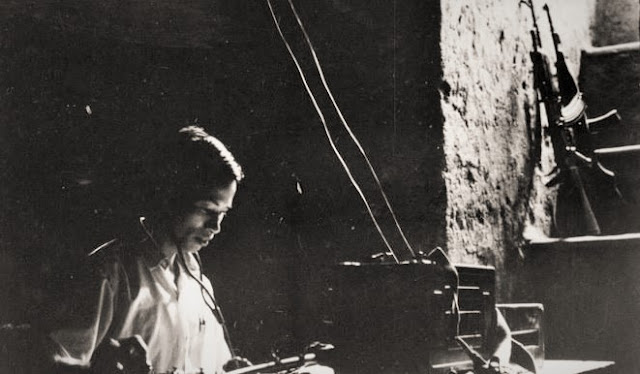 Liberation News Agency was the clandestine information service for the National Liberation Front of South Vietnam. It was formed in 1960 and transmitted news and developments at great peril to its correspondents and radio operators to help in the fight against the American imperialists. Here one of its writers contacts its headquarters from a secret hideaway in Saigon.

After liberation and victory the agency was eventually merged into the Vietnam News Agency which exists to this day.
Posted by Michael Laxer at 8:00 PM